If you’re a fan of creative Adobe apps like Photoshop and Lightroom, new software updates have delivered some fairly significant features that could make your editing life a lot easier.

While some of these improvements are tweaks that are mainly designed to help smooth your workflow, others are more significant, and point to an AI-driven future that echoes the computational photography advances made by smartphones.

Rather than list all of the updates to Photoshop and Lightroom, we’ve picked out the five most interesting ones for photo editors and designers. These include some big changes to Camera Raw – which is the raw file editing software that comes with Photoshop – and an improved ‘subject select’ feature that appears to handle hair significantly better than most smartphone Portrait modes.

But first, a feature than Apple iPad-owning photo editors have been crying out for…

A curious frustration with being both a Creative Cloud subscriber and Apple iPad owner has been that you haven’t been able to send images you’re working on directly to Photoshop (and vice versa). 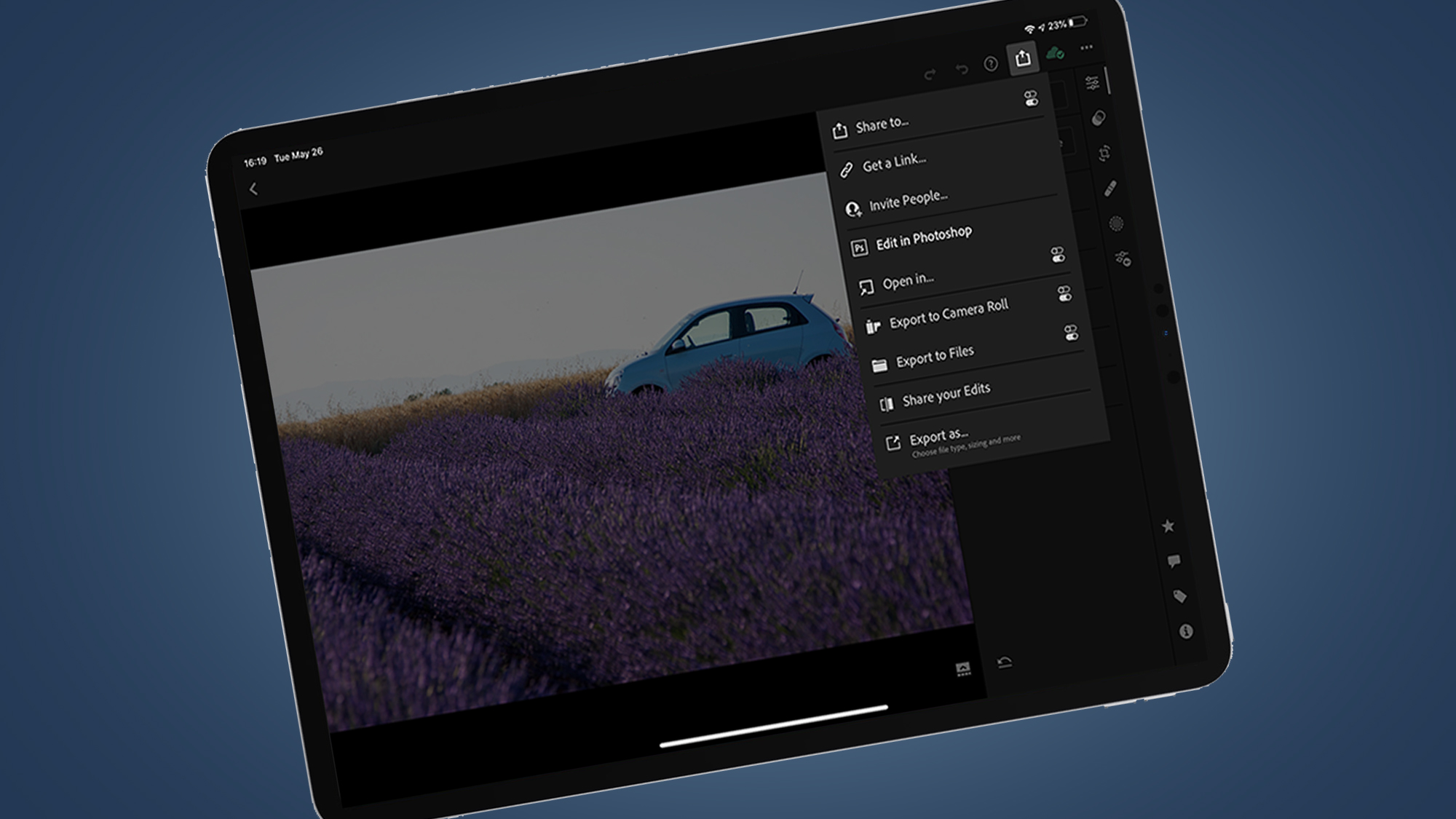 Well, Adobe has finally fixed that with a new ‘Edit in Photoshop’ option in the Lightroom app, which you’ll now find in the Share menu. You’ll also find a similar ‘Send to Lightroom’ button in the Photoshop app, making it much easier to do a round trip that’s second nature to photo editors on desktop software.

Here’s a potentially big time-saver for the designers among you – Adobe has included a fairly significant upgrade to the Subject selection command in its new Photoshop update. 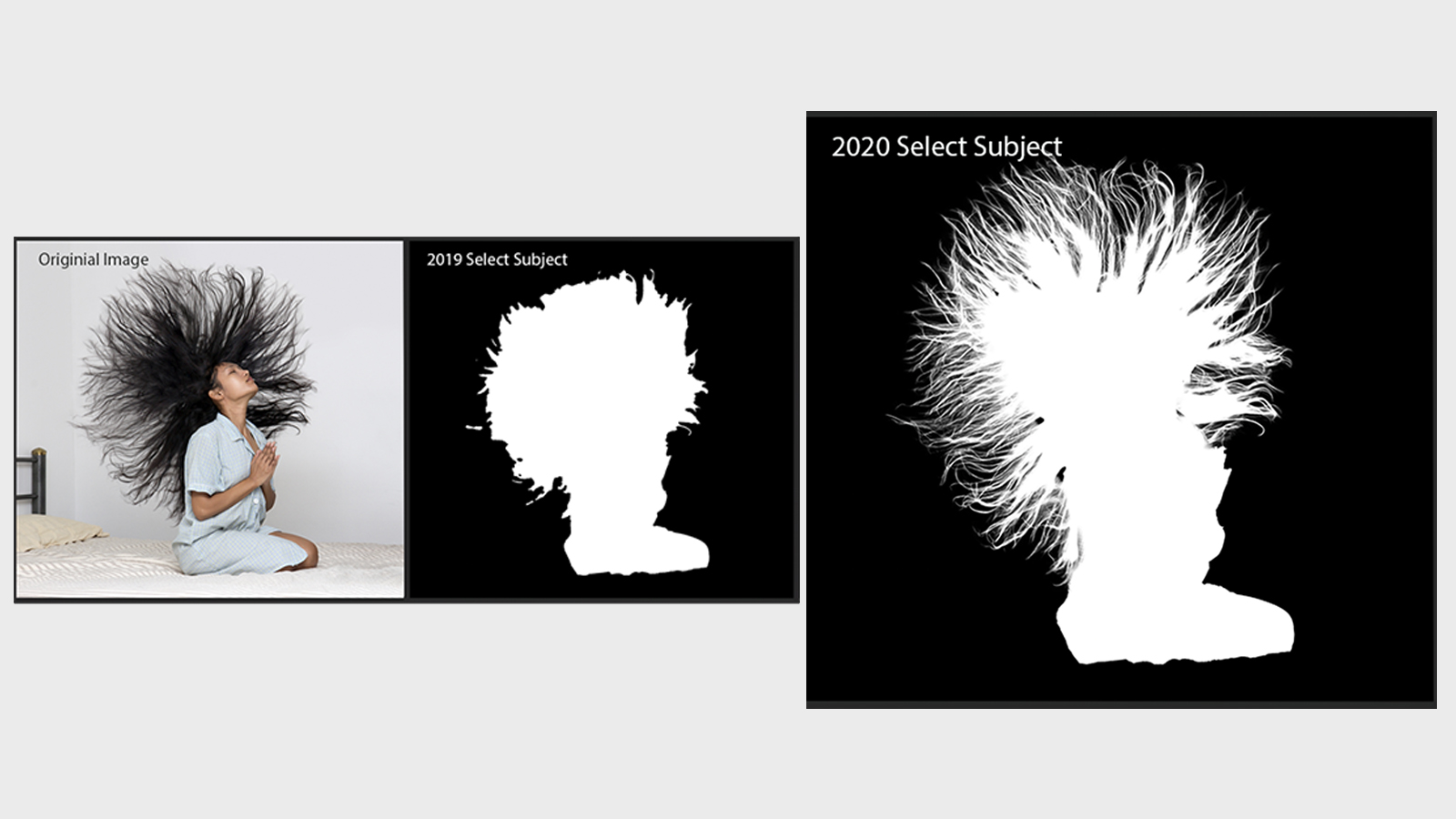 This tool is used to separate subjects, in particular people, from their backgrounds so they can be combined with other layers. The update apparently draws on Adobe’s machine learning-powered Sensei AI, which brings two main changes.

First, it means the command is now content-aware, so applies new algorithms if it detects a person in the scene. As you can see above, it’s also now much better at handling hair, which is one of the most difficult and time-consuming subjects to mask by hand. While it may still require some manual tweaks, the update certainly looks like it’ll give you a far better starting point than the tool’s previous incarnation.

A subtle but significant improvement for photographers comes in the form of a new interface for Adobe Camera Raw, which is the tool that handles raw files when you import them from your camera. 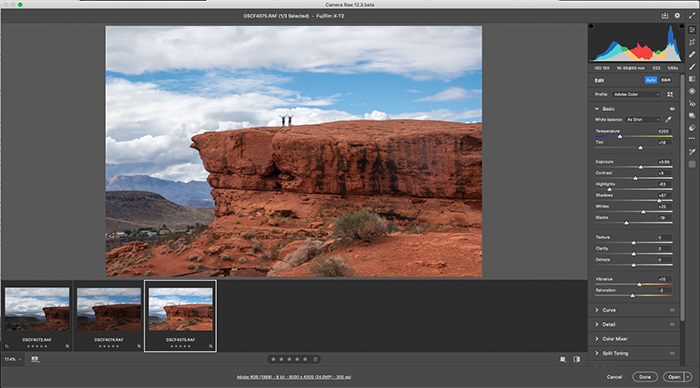 The UI looks more like Lightroom and is generally a bit less cluttered, with the ‘film strip’ preview in particular getting a host of new options. These include simpler options for batch-editing photos with the same settings, plus the ability to hide details like the file name, so that you can see the previews more clearly.

There’s also a new streamlined Crop tool, which includes new overlays to help you decide how best to perfect your composition, while all the tools that were previously at the top of the screen are now on the right-hand side next to the editing controls, where they belong.

Last year Adobe built interactive tutorials into Lightroom – the idea was that, rather than scrolling through YouTube videos for editing answers, you could get some tips from a growing list of educators who specialized in areas like landscapes or food photography. 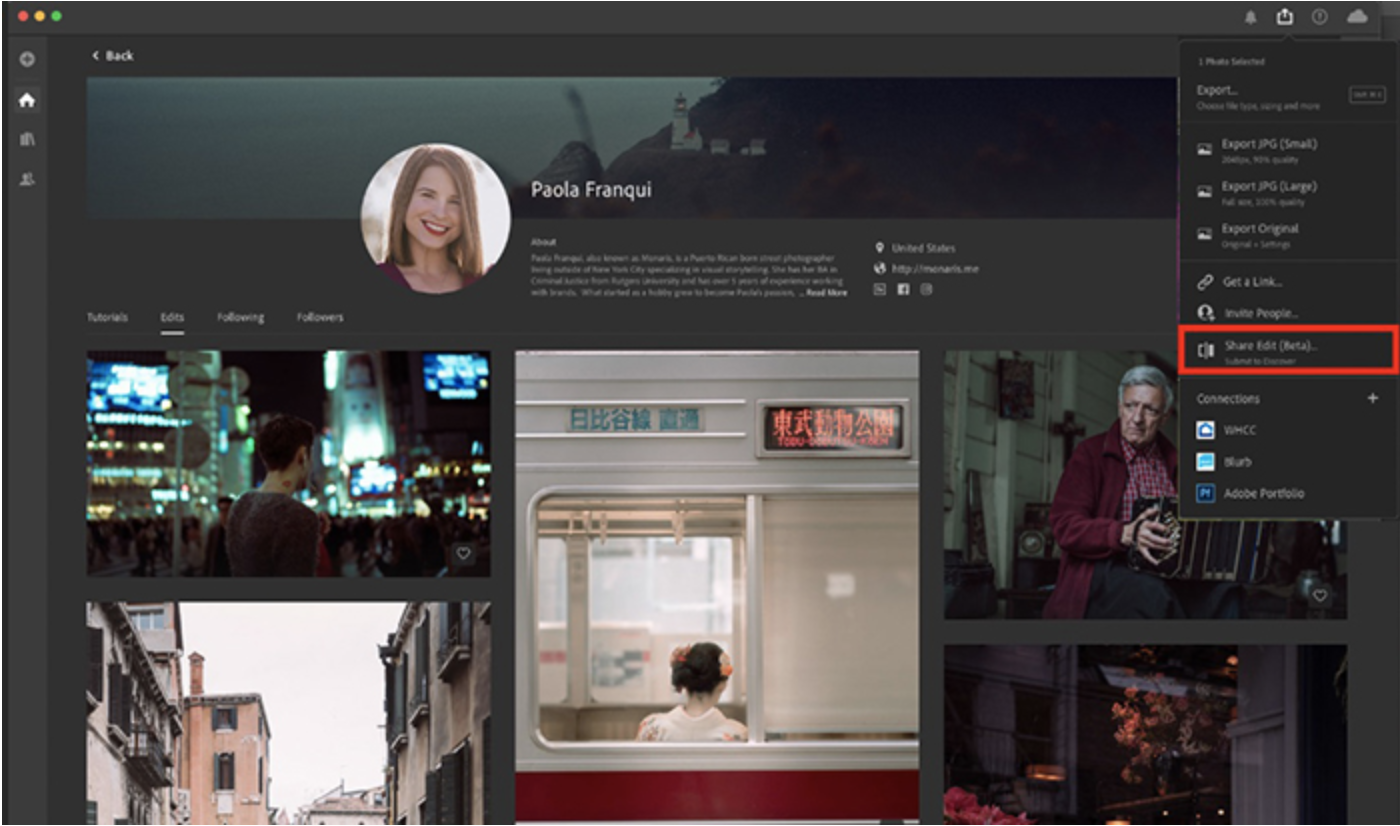 While that library is expanding, it still might not cover the very specific question you have about a more obscure editing technique that you want to add to your Lightroom arsenal. So from this new release, Adobe is letting everyone share edits in the ‘Lightroom Discover’ section.

This means you should now be able to ‘follow’ some of your favorite snappers and get alerted about new edits as they share them, rather than waiting for something suitable to come up from Adobe’s hand-picked tutors. We reckon this feature has a lot of potential, particularly in these days of extremely remote learning.

Photoshop’s Match Fonts tool has been around since 2015, but it’s now been given a big boost as part of Adobe’s June update. If you’re not familiar with it, the tool lets you use Photoshop to automatically identify particular fonts in your photos, whether that’s on a sign or on the side of a car; you can then download a matched font from Adobe Fonts. 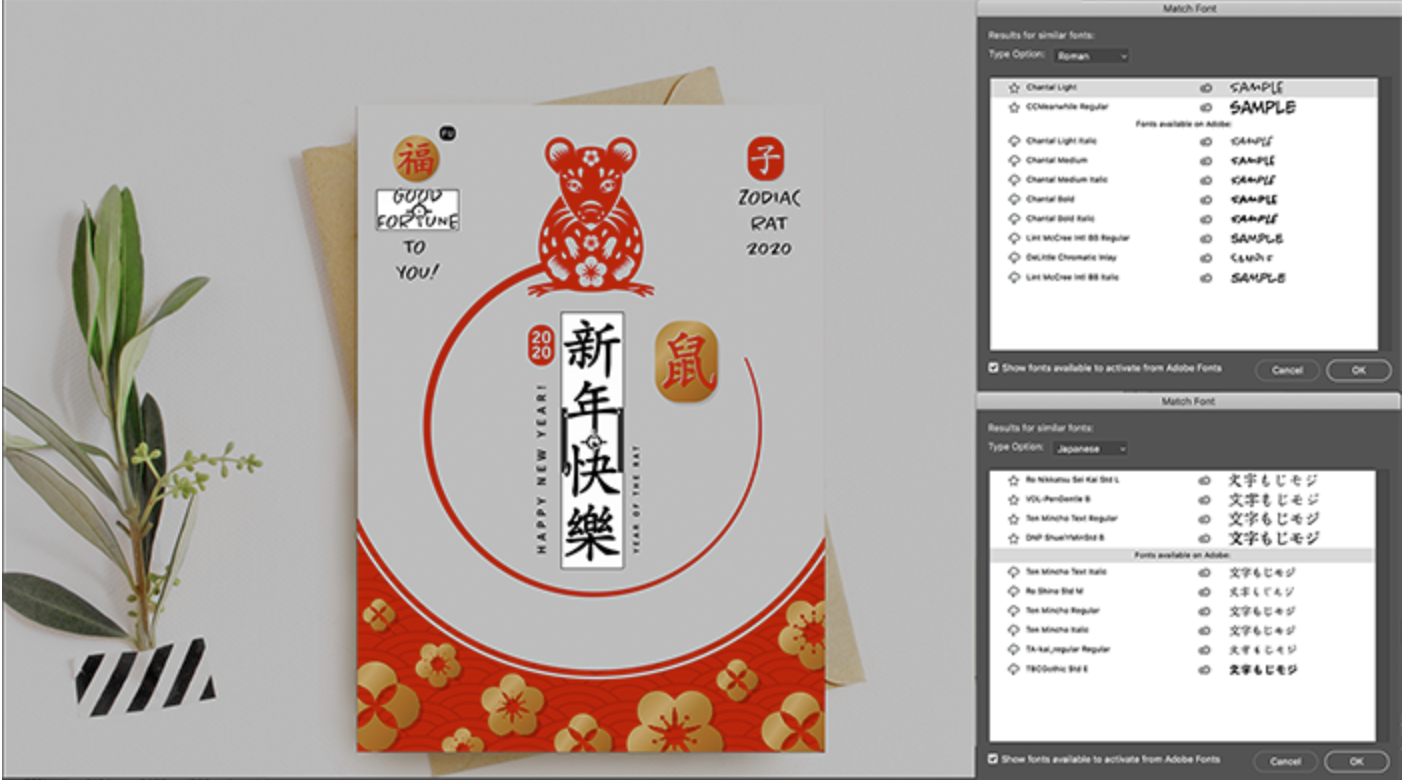 The new update means Match Fonts now supports even more fonts, and can also now recognize both vertical text and multiple lines of text. To use the tool, select the Rectangular Marquee Tool, then go to Type followed by Match Font – it’s certainly a lot quicker than trying to guess by eye by scrolling through the likes of Font Squirrel.