It was back in December 2019 that Qualcomm announced its most affordable 5G chipset dubbed as the Snapdragon 765G. And now, it seems Qualcomm is poised to announce a successor as the chipset maker has scheduled another Snapdragon launch event for June 17, which is tomorrow.

Reports suggest that the new chip will be named as the Snapdragon 775G, although it could be something else as well. It is also being reported that Xiaomi will be one of the first, if not the first, to make use of the newest 5G chip.

The new chip is said to bring improvements in both CPU and GPU by 40% and 50% respectively while also getting Vulcan-related graphics improvements. The chip’s internal code name is SM7350 and it is expected to use four Cortex -A77 large cores leading to substantial performance gains. In comparison, the Snapdragon 765G uses two Cortex-A76 cores. Interestingly, reports suggest that it could be built on the 6nm architecture making it the most powerful mid-range chipset in its portfolio. This would be the first time Qualcomm employs the 6nm process. 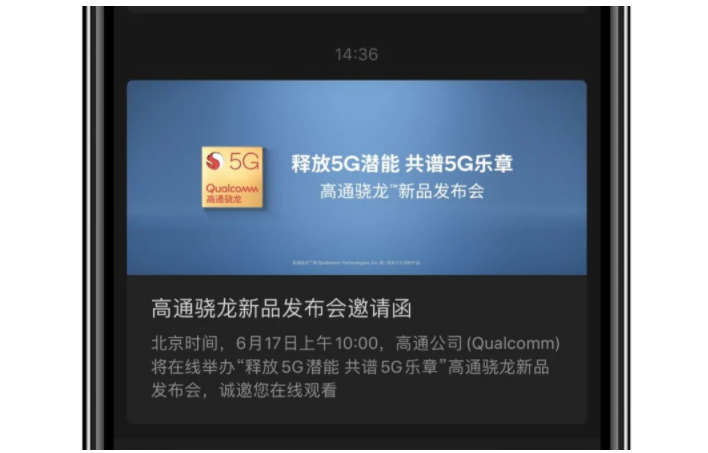 In addition, it is possible that we could see a Snapdragon 865+ version similar to last year’s iterative Snapdragon 855+ upgrade. However, nothing is confirmed yet. Whatever the case, we expect a new 5G chipset to launch for sure and this will likely lead to the current 5G crop of SoCs to become cheaper, hence making way for even more affordable 5G phones.  There have been rumours that Qualcomm is also working on 5G chips in the 6xx series. However, their exact launch time frame is not yet known.

Coming to the other rumour, it is said that Xiaomi could use the new chip in one of its upcoming phones of the CC series or otherwise. The high-end version of this phone could be equipped with a 100 million pixel camera, or it may use Samsung’s new HM2 sensor and periscope lens, and support up to 120 times digital zoom function.