Mario Kart Tour, The freemium mobile game from Nintendo and DeNA, has been a joy to play since its launch back in September 2019, but it’s finally adding a long-awaited feature that’s been at the core of the franchise: multiplayer.

We tested it ahead of its March 8 at 11PM ET release date and can verify that it does indeed preserve the classic head-to-head racing DNA of its console versions… which means, of course, that friendships will be put to the test – since local multiplayer works.

If you haven’t played Mario Kart Tour, the controls are simplified for smartphone displays: while holding your device vertically, drag your finger left or right to steer. If you’ve picked up an item use it by tapping the screen. That’s it! The rest of the gameplay follows Mario Kart racing conventions.

It’s easy to drop into a game with nearby players: if you start a custom game, they’ll populate a list alongside friends you’ve linked up with on your Nintendo Account (required to play, but free).

You can also quickly queue up a standard multiplayer match: all players globally play the same cup (selection of tracks), which rotates every 15 minutes. It’s a quick-and-dirty way to get your fix, and we imagine it could be easier on Nintendo’s back-end to supply identical instances of matches all over the world. But it also saves time from fiddling with settings.

You can fiddle to your heart’s content by making a custom game, which will let you switch up item options, cup list, and speeds (50cc, 100cc, and 150cc).

The fastest 200cc speed is only accessible for players who’ve bought a Gold Pass – a $5 per month subscription service for the game that also adds in-game currency gifts, badges, and challenges. It’s optional – without it, players can still queue up those Standard Races as well as real-time multiplayer. 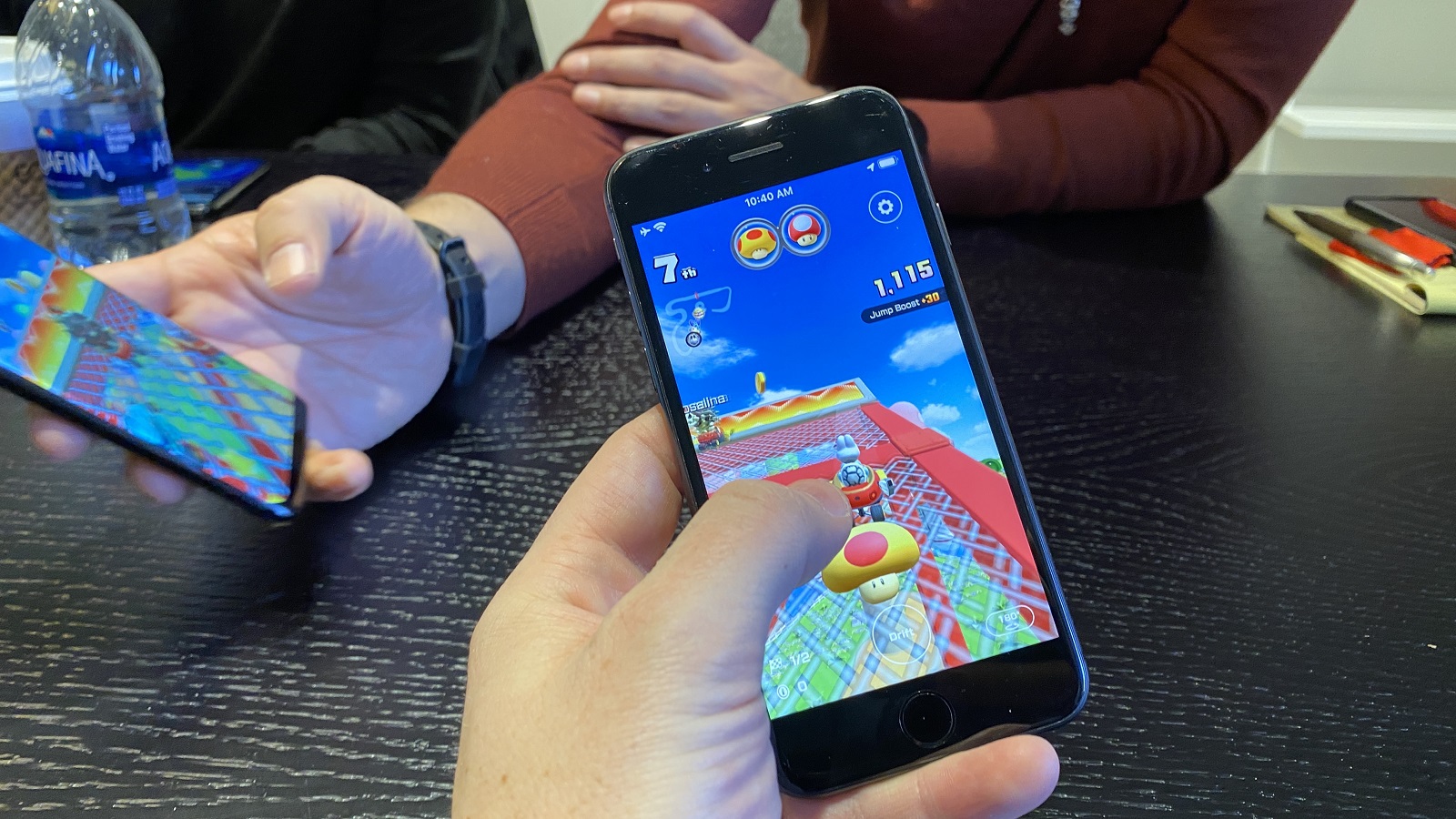 As for racers, you can choose whoever you’ve unlocked in single-player mode through the biweekly event rotations – these typically consist of slightly different character variants as well as karts and gliders to earn.

There’s no multiplayer-specific drivers or items yet – not any that Nintendo will confirm, anyway – nor did they discuss whether the ever-popular battle mode would be coming to Mario Kart Tour. That might be a little tougher given the vertically-oriented game layout, but it’s a captivating idea, especially since Nintendo seems to have pulled off a seriously authentic multiplayer experience that looks and feels like the Mario Kart you know from consoles. 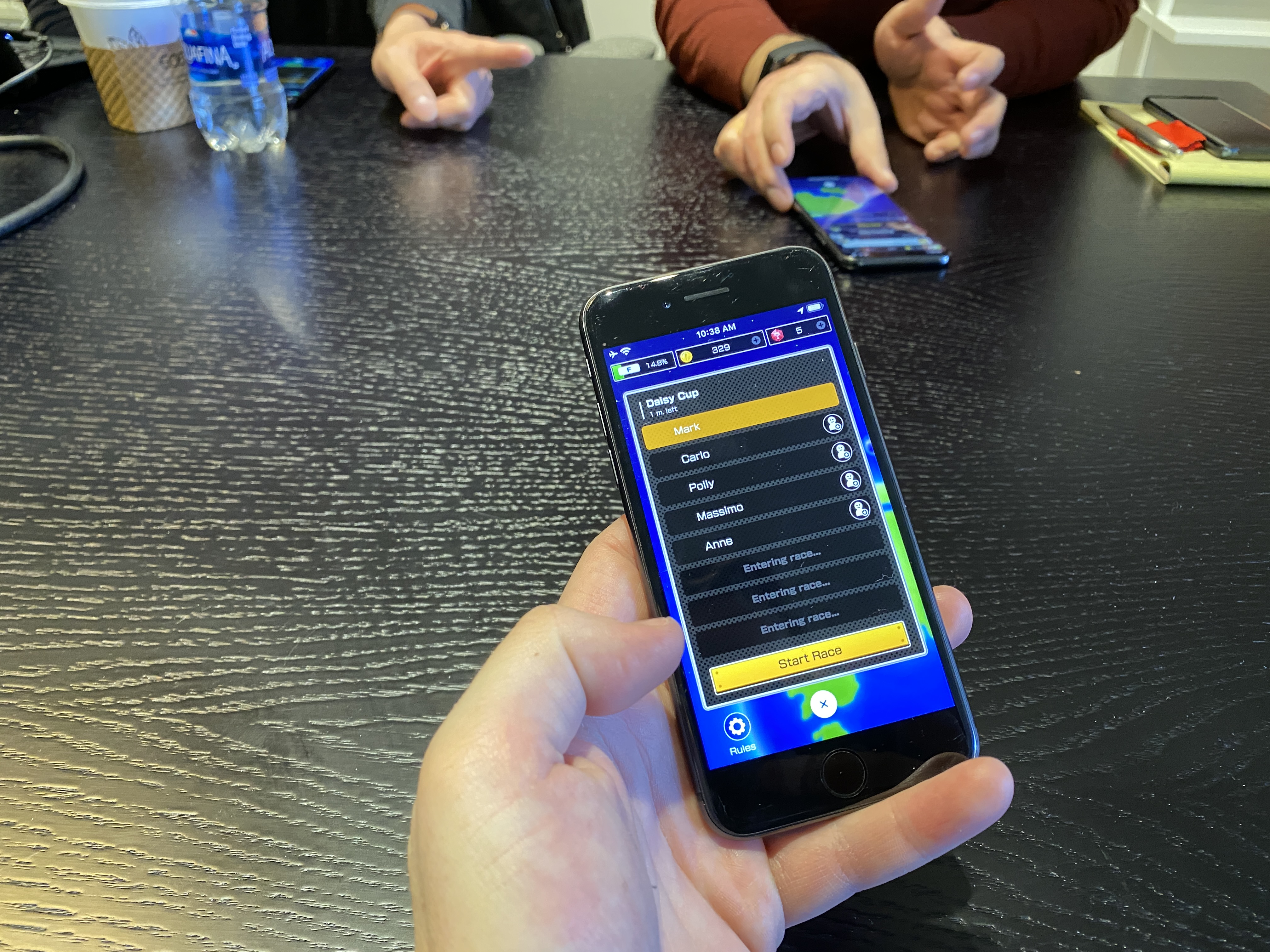 Members of the Mario Kart Tour team gave TechRadar a rundown of the multiplayer, and we all went head-to-head on a few races. Though we were all in a room, the team had hooked up the motley arrangement of phones (we played on an iPhone 6) on three different hotspots to simulate different (i.e. not just local WiFi) connections, and there were no connectivity issues.

Players who queued up early waited until everyone had loaded into the game, and races proceeded so simultaneously that, controls aside, races felt identical to how they do on console.

Which is another way of saying that the competition got heated and the trash talk flowed. And while this was great fun piled in a room, it made us want to beg Nintendo to add one thing first: voice chat to properly egg on your fellow racers. 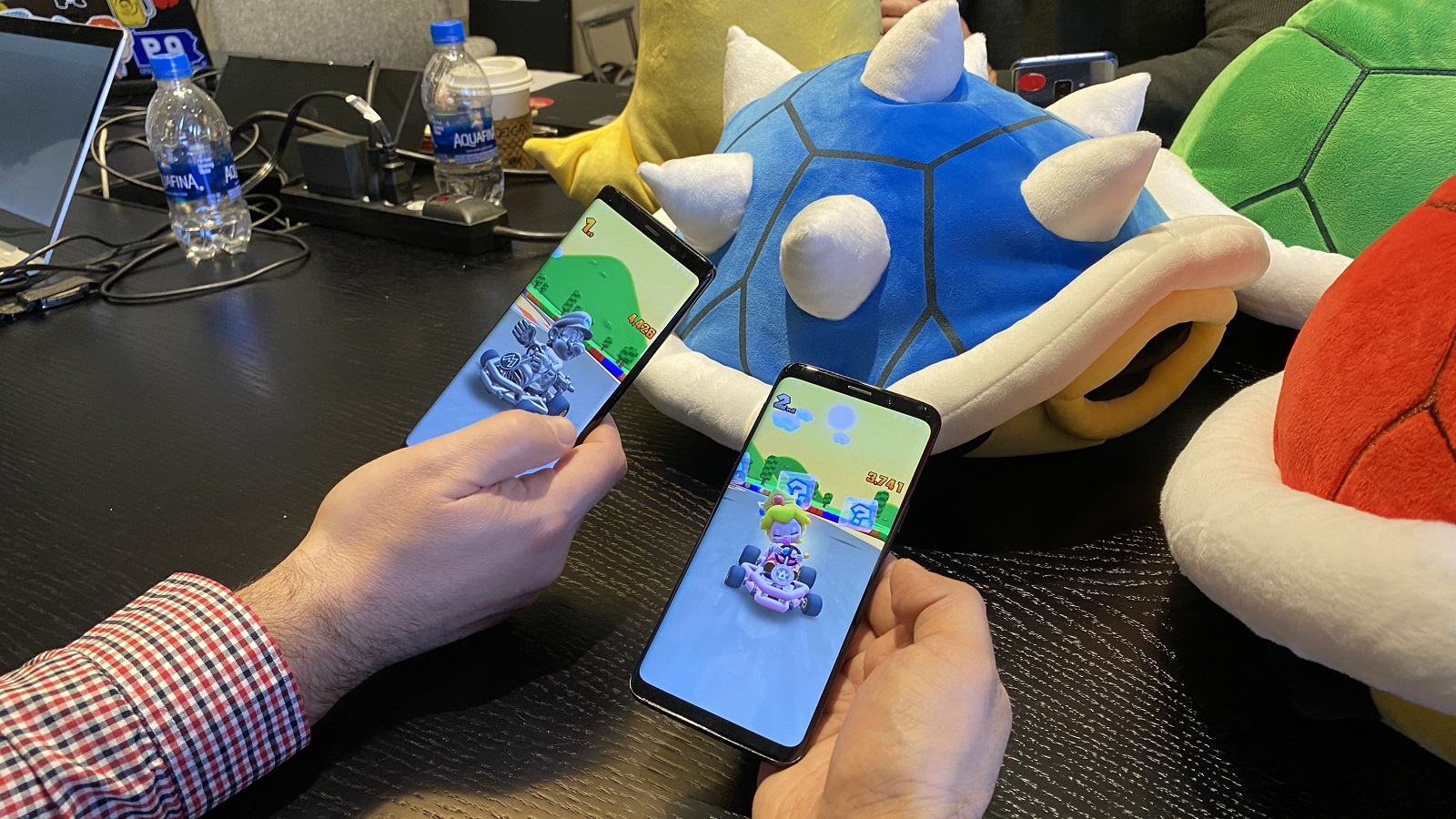 …but too bad online opponents won’t hear you

While voice comms aren’t a feature Nintendo has added in the past (even to its console games), this addition marks the first time the gaming giant has explored real-time smartphone multiplayer, so perhaps Nintendo would be more pliable if it knew other players were equally eager about this feature.

After all, what’s the joy in edging out your pal with a well-timed mushroom boost if you can’t gloat about it after – whether they’re in the room or across the world?