Nokia has finally refreshed the iconic Nokia 5310 handset in India. The all-new feature phone from the company which is a revamped version of the Xpress Music from 2007, will retail for Rs.3,399.

The newer version of the Nokia 5310 which debuted in Europe back in March, dies to bring back the nostalgic memories of the classic Nokia feature phones from the 2000s. The device has indeed got the look of one with a White and Black color options that have the class Red accents on the sides. 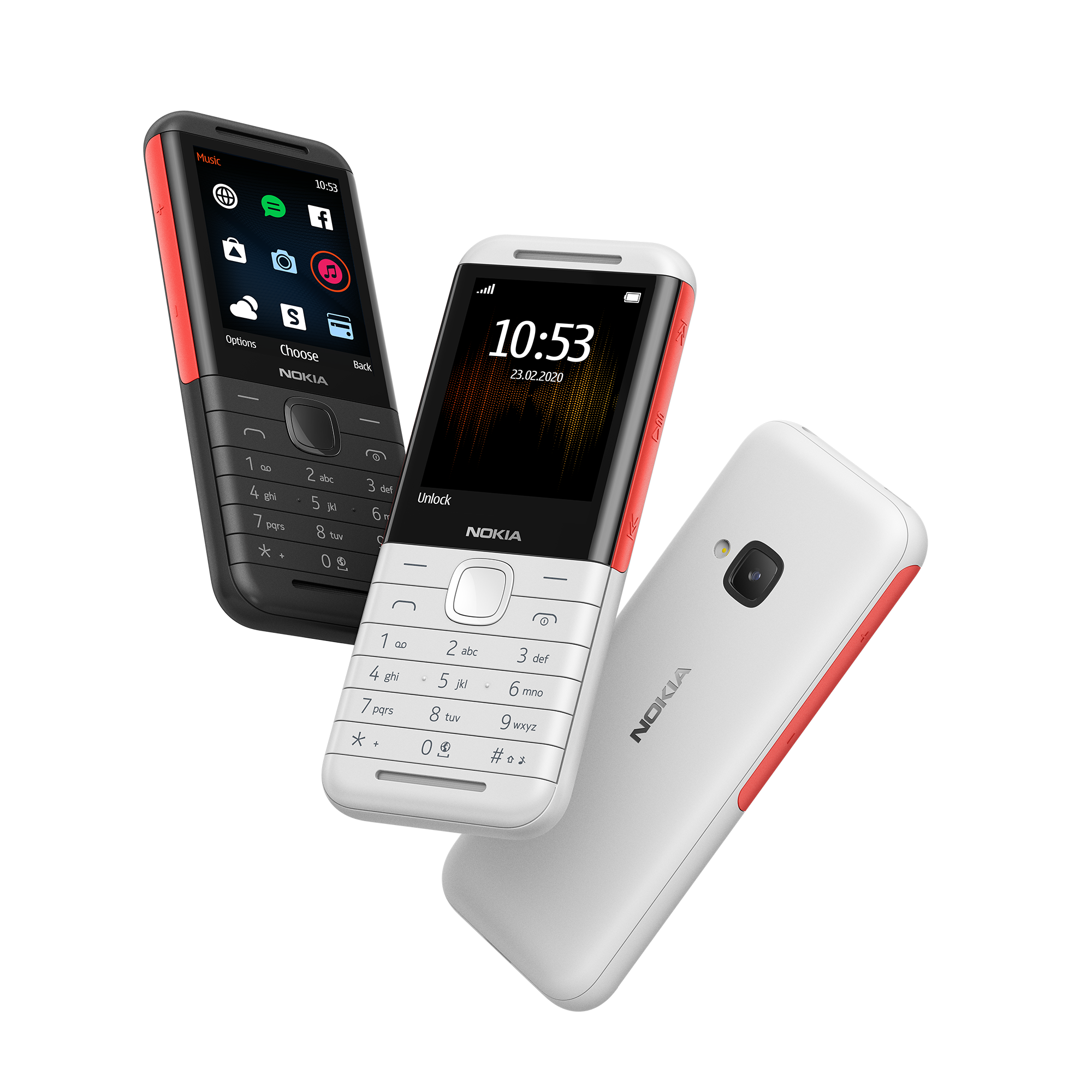 The front has a dual speaker setup which reminds us of the OG 5310. There is a smaller 2.4-inch QVGA 240×320 display. Beneath the display lies the T-9 keypad with a D-pad and two action buttons preceding the Call and reject buttons.

Mediatek’s MT6260A SoC powers the device. Completely neglecting the flavour of android, the device has only 8MB RAM and 32MB internal storage albeit the expansion slot allows you to extend it to 32GB.

Weighing in at just 88.2 grams, the device has a removable battery to deliver up to 20 hours of talk time. The phone being a 2G only device also has an MP3 player inside which when paired with dual speakers, hopes to deliver the magic of Xpress Music today.

Right from the teasers a few days back, the company has targeted a niche audience who would love to see the old Nokia resurrect the past. Citing IDC, the company also quoted that about 130 Million users still use 2G handsets in India.

Starting at Rs.3,399, the phone will be up for pre-orders on Nokia’s website later today and retail from June 23  both via Amazon and its own website. Initial sales will be online exclusive till July 22 post which the device will be up for grabs across offline stores in the country.