JBL, the popular audio accessories maker has announced its new range of gaming headsets in India called ‘Quantum’. This is also the company’s first range of gaming-centric headphones for the market.

The company has unveiled seven new headphones under the JBL Quantum series running from wired to wireless headphones. The headphones selections include options for a casual listener to a professional gamer. Quantum One is the flagship product of the seven. 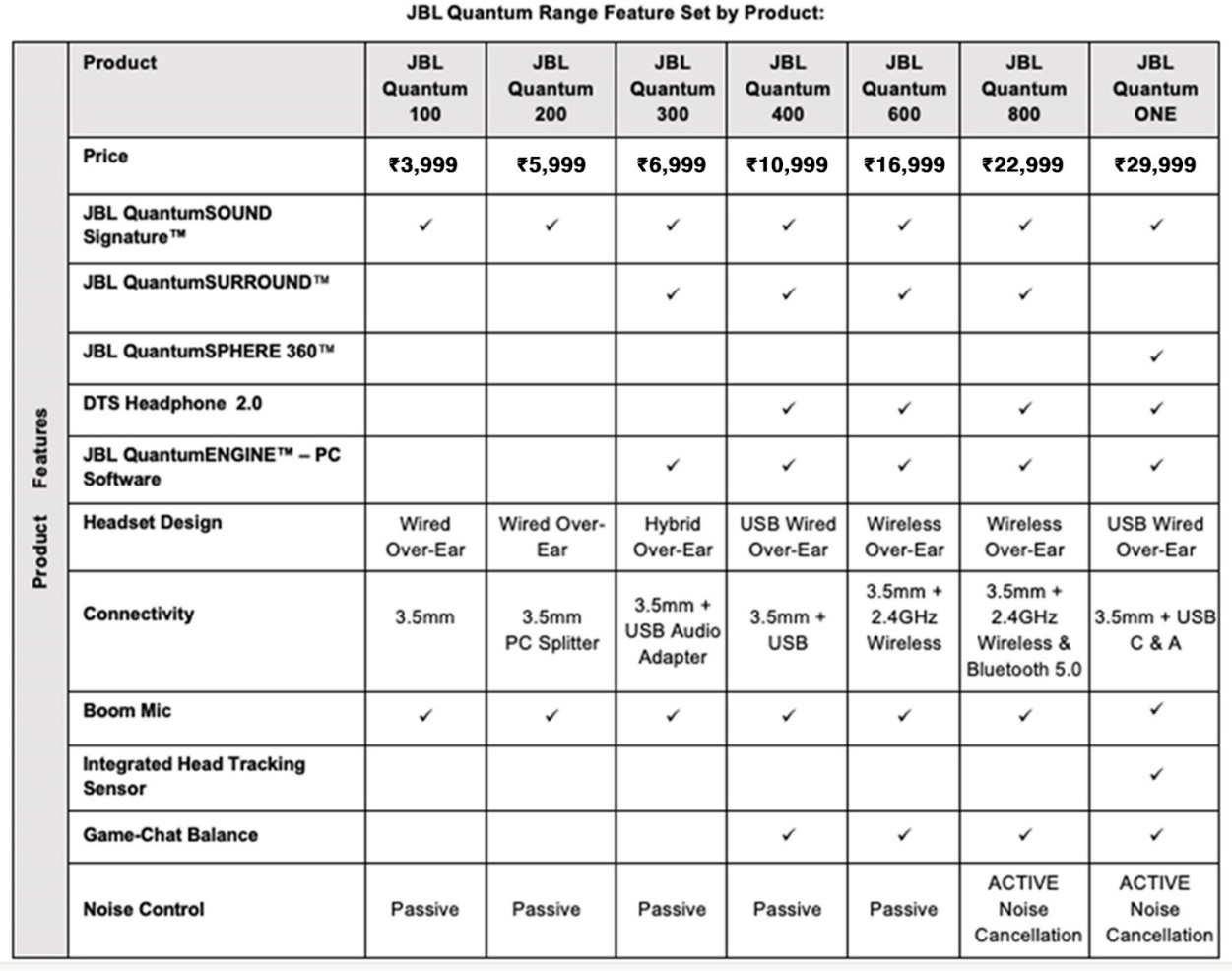 The new JBL Quantum series includes the following seven products – Quantum 100, Quantum 200, Quantum 300, Quantum 400, Quantum 600, Quantum 800, and Quantum One. All the headphones come with JBL sound signature and a microphone, which is capable of cancelling the echo.

The JBL Quantum 100 and 200 come are wired headsets within the over-the-ear type. They come with a 3.5mm audio jack. The Quantum 200 also comes with PC splitter. The Quantum 300 is a hybrid over the ear headphone with 3.5mm and USB audio adapter. You also get JBL Quantum engine PC software support with this model.

Lastly, the JBL Quantum 800 and One headphones come with Active noise cancellation technology. The former is a wireless headphone with an over-ear design and the latter one is a USB wired headset with over-ear style. The Quantum 800 comes with a 3.5mm jack, Bluetooth 5.0, and 2.4Ghz wireless connectivity and the Quantum One comes with a 3.5mm jack, USB Type C and A ports.

All headsets in the JBL Quantum Range have multi-platform capabilities for seamless connection to PC, Mac, Xbox, PlayStation, Nintendo Switch, mobile and VR.

The gaming headphones are available across  Amazon, Flipkart, JBL e-store, and offline stores.