Just like a smartphone, we need a good television in the house which can be centrepieces in the living rooms. Especially, when all of us and working from home and staying in house 24×7 with family/friends, good TV can be entertainment in the after-work hours.

Unlike our smartphones, TV is shared amongst other people. If you are in the market looking for a good 4K TV with 55-inch screen size, we’ve curated the list of the best ones available in India available under Rs 50,000. Of course, when you are spending so much on a TV, you expect to get a smart experience with apps/games support, premium design, and durability.

In India, 55-inches is considered to be the most preferred screen size for TVs. The panel resolutions can also be expected to be 4K (3,840 x 2,160). Some TVs also offer HDR at this price point, whereas some come with inbuilt soundbars with loud outputs.

The compilation includes popular offerings by Xiaomi which has been instrumental in democratizing smart TVs in India, Blaupunkt which specializes in audio, as well as classic all-rounders by Samsung and LG. Following are the best 55-inch TVs under Rs 50,000 in India.

See also: Best soundbars for TV, movies and music in India for 2020 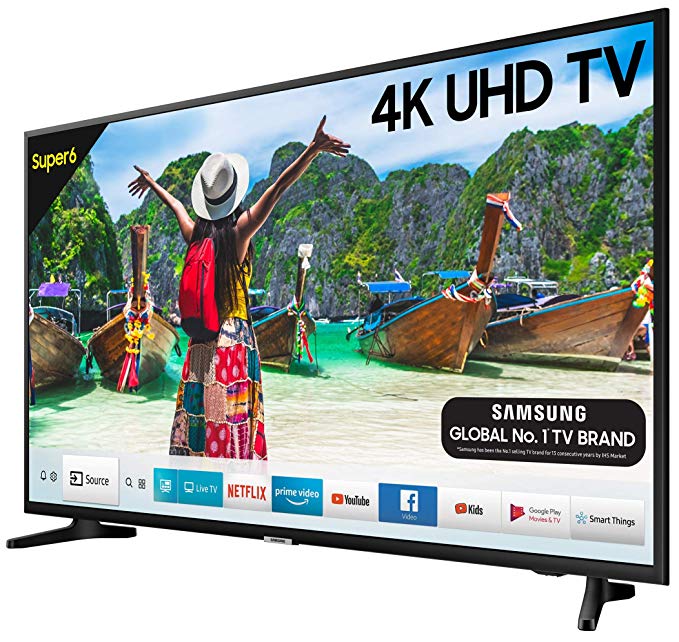 The Samsung Super 6 Series is a very popular model in India, thanks to its excellent pricing, panel quality and reliable customer service.

With a 55-inch UHD LED panel, along the support of Live Casting and screen mirroring and partners including Netflix, Prime video, YouTube etc, it is one of us most feature packed TVs one can get.

The panel also supports HDR and HDR10+ for enhanced visuals, better colour quality and higher contrast. The sound output is handled by a 20W Dolby Digital Plus speaker. 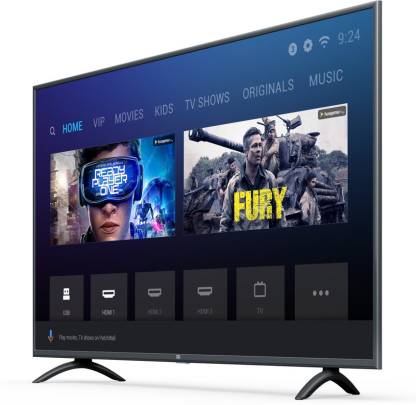 Xiaomi has become one of the fastest-growing Smart TV brands in India with affordable TVs across all price segments. The new Mi TV 4X Pro brings a 55-inch 4K LED panel which supports HDR output.

Internally, it is powered by a quad-core processor and 2GB of RAM. Xiaomi’s proprietary PatchWall brings 7,00,000+hours of content that can be accessed. The included Bluetooth remote also supports voice commands. For sound, the TV comes with powerful 20W stereo speakers. 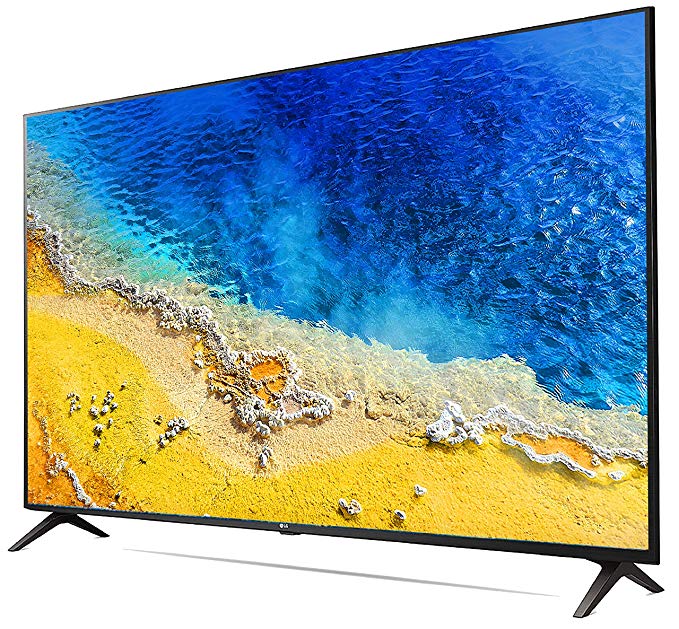 It can also optimize regular content to HDR10, and augments that with 20W DTS Virtual:X surround sound. Blaupunkt is a well known audio product manufacturer that also happens to make TVs in India. Unsurprisingly, one of its main features are the loud 60W speakers from the inbuilt soundbar.

Other specifications are pretty standard too, with a 4K LED panel with relatively high brightness and colours, kept running with a quad-core processor.

Buy the Blaupunkt UHD Smart TV with Soundbar from Flipkart 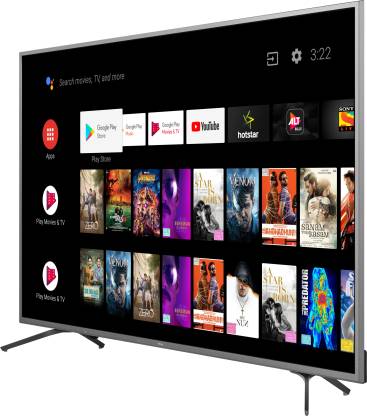 It runs on Android 8 Oreo and has the support of Google Chromecast. The Vu ActiVoice Remote brings voice search and Google Assistant capabilities too. 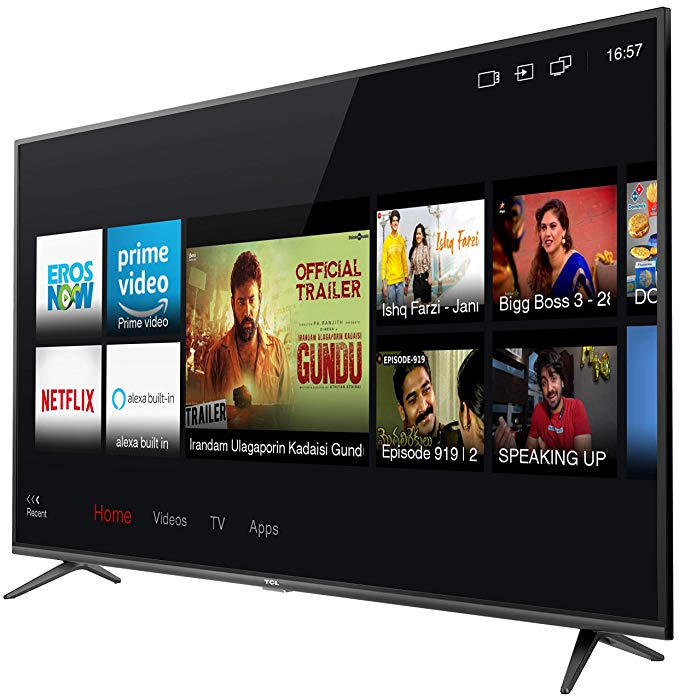 The most affordable TV on this list comes from TCL. The P65 series brings a high-end design to a 4K HDR panel with micro-dimming.

It has a 5.1 surround sound speaker decoded by Dolby and can optimize the output based on the content. Along with the usual slew of content partners, additional apps can be downloaded from the TCL TV+ App Store. It can also be controlled via Amazon Alexa. 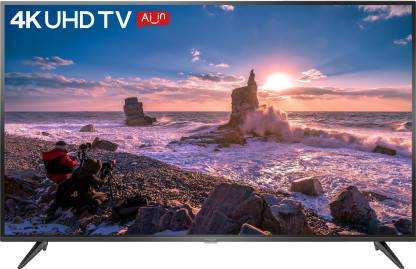 iFalconn range of smart TVs come with aggressive and they are from the house of TCL. They have a very affordable yet quality offering 4K TV with a 55-inch model. The iFFALCON K31 comes with LED panel with HDR 10 support.

For audio, there is a 20W stereo speaker which supports Dolby Audio. There is a quad-core CPU, a Triple-core GPU, 2GB DDR3 RAM, and 16 GB of storage. Overall for the price of Rs 29,999, this is one of the best deal you could get in India. If you wait for the right time you can also avail 10% off when Flipkart hosts a sale. 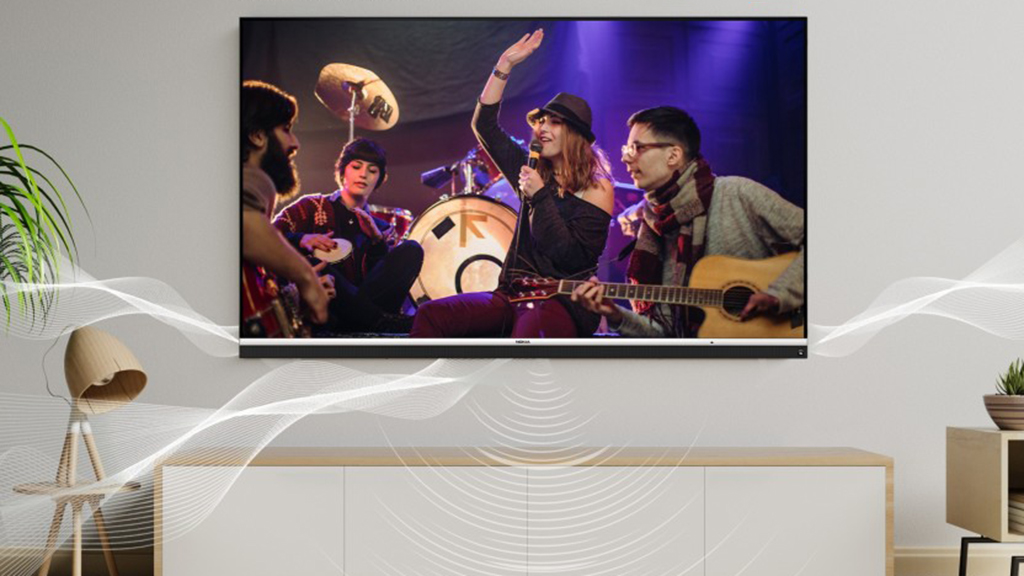 Nokia entered the TV segment last year and expanded the series recently with a 43-inch model addition. However, the 55-inch 4K model is still available on Flipkart, who acquired the rights to use the Nokia brand name for smart TVs for the Indian market.

On the hardware front, the TV comes with a quad-core chipset, 2,5GB RAM, and 16GB storage. Other features include 2 USB ports, 3 HDMI ports, Bluetooth 5.0, and built-in Wi-fi.