Update: The postponed Amazon Prime Day 2020 date in September could be announced this week, as we also expect official confirmation on the ‘Amazon Summer Sale’ thought to be happening starting next week, June 22. To avoid confusion and questions, Amazon could finally tell us this year’s Prime Day will be delayed to September.

The Amazon Prime Day 2020 UK date will be postponed by two months, according to a reliable report that suggest this year’s big Amazon deals will launch in September. This is different from next week’s ‘Amazon Summer Sale’, which is thought to be starting on Monday, June 22, as per CNBC.

It makes sense to delay the start of Prime Day deals for several reasons. First and foremost, consumer are facing an economic downtown and won’t be in the mood for a lavish buying spree in July (when the usual Amazon Prime Day date happens).

Yet, if things start to go back to normal, there will be pent up demand to buy again soon after that. Cue: September.

Likewise, many manufacturers in the UK and worldwide might not be ready right now, but they’ll soon need something like Prime Day 2020 to start making money again. Many goods are sitting in warehouses while essential goods are prioritized. No one wants to wait until Black Friday 2020 to see in bulk again.

Even if the Amazon Prime Day 2020 date is truly happening in September, we have a lot of questions: on what date or dates will it happen? What Prime Day sales are expected this year? Should you buy on Prime Day or wait until Black Friday?

Let’s answer all of those pressing questions while we await for official Amazon Prime Day 2020 details from the company.

Last year’s Prime Day deals lasted 48 hours, so there were two full days of discounts, and we expect something similar in 2020. Amazon has historically picked a Monday to start the deals and Prime Day usually runs through Tuesday.

If September is indeed the month and it begins on a Monday, that leaves one of four choices for the start of Prime Day 2020:

We would have initially thought it would have happened on July 13, or possibly the week before on July 6, so a two-month delay would suggest September 7 or September 14. Amazon may have to work around Apple’s iPhone 12 launch date, which is still unknown, but likely to hog the spotlight.

As soon as we catch wind of the Prime Day 2020 date, we’ll be sure to update this page so you can prepare your Amazon wish list.

That seems to be the case, although, on the record, Amazon has only stated “Prime Day 2020 has not been announced,” according to an Amazon.com retail page. We check this everyday and will update this section when Amazon makes an official statement.

When did Amazon Prime Day get postponed? The shift from July to “at least August” was reported by Reuters on April 3, and then the Wall Street Journal nabbed an exclusive in May that indicated September was the confirmed Prime Day date, with the cause being the coronavirus outbreak. In some parts of the world, Amazon has been limiting the number of items it ships, often prioritizing essential goods.

But, keep in mind, having no Amazon Prime Day date is not out of the ordinary. The company doesn’t announce the date until mere weeks ahead of the kick off, when it teases a fraction of its deals list. So, even if it were earlier than September, we still wouldn’t know today.

Buy on Amazon Prime Day? Or wait until Black Friday?

You’re going to see a lot of prices are their all-time lowest during Amazon Prime Day, but so will Black Friday and Cyber Monday 2020. When you should buy?

The answer is very simple: Amazon Prime Day comes sooner by about three to four months compared to Black Friday and Cyber Monday. That’s 90 to 120 extra days of enjoying whatever you buy, which is a nice perk. Why wait if you really want it. But if you can hold off, prices on tech tends to drop even more as they age.

What’s funny is that because both online shopping events are a such a big win for consumers, Amazon (and to a lesser extend other retail chains) have conditioned us to buy big-ticket items two times a year: Prime Day and Black Friday/Cyber Monday.

The Amazon Prime Day deals list, while a mystery until the deals go live, quite often follows the same trends every year, so we can safely assume what to expect.

Then there are the staples of every major online shopping event: 4KTVs, DNA kits, and video doorbells – expect all of those to be reduced in price, too. It doesn’t hurt that Amazon owns Ring, a video doorbell line it discounts heavily each year too.

1. Check out our deals predictions and, eventually our Prime Day deals list

There are also too many deals available on Prime Day. It’s never a problem finding discounts, it’s always an issue of figuring out what deals are worth your money. That’s why we always set up a curated list during the 48-hour sales marathon.

2. Amazon Prime Day has historically required being a Prime member, so be sure to have a subscription on Prime Day

Amazon started Prime Day in 2015 as a clever way to drive up its Prime subscription count, and this online shopping marathon – conveniently opposite Black Friday – accomplished just that.

You’ll need to sign up for Prime (you can get a free 30-day trial), which comes with two-day free shipping and Prime Video access, among other smaller perks. In some cities, Amazon has rolled out free one-day and same-day shipping on certain items.

3. Create a wish list to curate what you want, as there will be loads of deals

You’re also going to want to create a wish list ahead of time, which will let you sort out what you want and how much everything costs. This will give you a head start. You’ll be able to see which deals dropped in price and which did not.

4. Snap up the best Prime Day 2020 deals before they’re gone

We often find the best deals to go in a matter of minutes, at which time Amazon rolls out a waitlist for those who were just behind the curve.

How competitive were Prime Day deals at Amazon last year?

A price monitoring company called Minderest (as reported by PR Newswire) compared prices of 566 of the most in-demand products over Prime Day to see how they stacked up against rivals stores listed on Google Shopping.

58.05% of them were cheapest on Amazon UK, compared to a massive 81.9% in the US where Amazon is annihilating the competition on a regular basis.

If anything, that UK figure is a testament to how competitive the UK market it is and we did notice other stores having big sales of their own around Prime Day and a lot of price matching happening too.

It’s also a solid reminder to double check prices elsewhere on Prime Day (we always do this before highlighting a deal for you) as you might get a better deal from the likes of John Lewis, Currys and Argos.

Amazon devices, as expected, got the best deals with an average 45% reduction on their RRPs compared to 37% in 2018. According to audience research from Numerator, 65.8% of surveyed shoppers said they were extremely or very satisfied with the deals available.

Amazon Prime Day 2020 is undoubtably going to be different than any other as the date shifts to later in the year. But we suspect many of the deals will mirror what we saw last year.

Last year Prime members were snapping up products throughout the 48-hour event with over 175 million items sold. That’s more than Amazon sold on Black Friday and Cyber Monday combined.

That’s why we’re re-posting some of the top deals from last year’s Prime Day event. It happened in mid-July, meaning some products may change (for example, if there’s been a sequel launched since), but the low prices should match come Prime Day 2020. 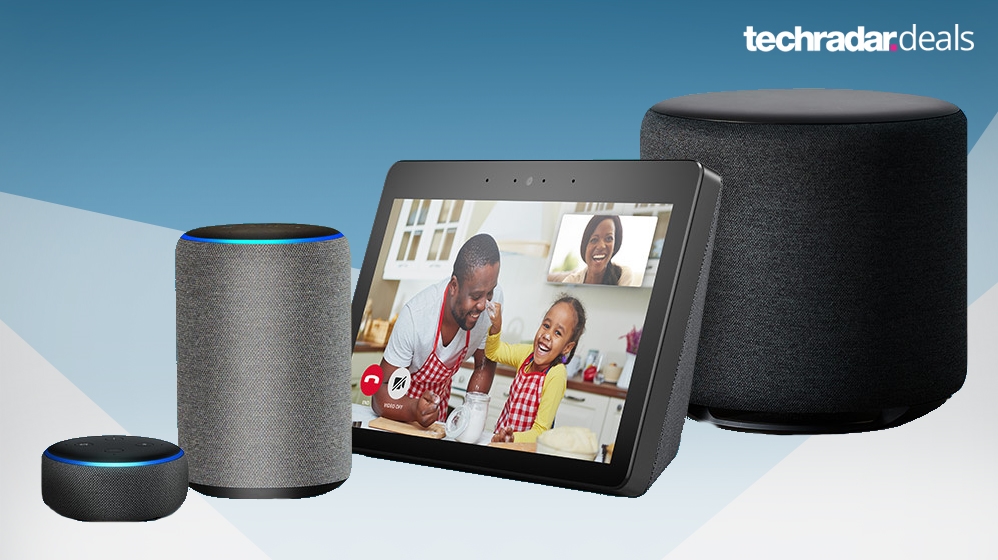 What did Amazon’s rivals do on Prime Day?

Currys kicked of its ‘Black Tag’ event before Prime Day and it was still going for a few days afterwards too. Out of all the other stores, we’d probably say Currys gave Amazon the biggest fight for TVs, laptops and gadgets. Currys’ wide selection of home white goods beat out Amazon too, although Amazon has never really focused on those as much.

John Lewis deals were very popular for Google Home products (not sold on Amazon) and while it was generally price-matching rivals rather than coming up with its own deals, we were happy to send you its way due to most items coming with a free minimum two-year warranty at no extra cost.

Having to pay for delivery on items under £50 was a bit off-putting though on cheaper items and shows a key area where John Lewis are lagging behind the times a little on the UK online retailscape.

So much shopping is done on mobile now either via a browser, or by using a retailer’s own app. According to AppsFlyer (as reported by PerformanceIn), the top 100 retail apps took a bit of a beating during Prime Day, not only were new installs down, 53% of them had a decrease of in-app purchases.

And seeing as Amazon’s app got through the sale without freezing all the time like it did last year, it’s not great news for rival apps.

Overall, more people shopped via mobile at Amazon than ever before on Prime Day. Gone are the days when people tended to browse more on mobile, then fire up the laptop when they got home to actually finish the transaction. And to be fair, on Prime Day, you can’t really afford to wait that long due to the risk of deals selling out.