Xiaomi’s first smartwatch, the Mi watch, will run on a special version of Android called ‘MIUI For Watch.’

Xiaomi has a big event scheduled for November 5 in China, where it will showcase the Mi Watch, the Mi TV 5 series, and the Mi CC9 Pro smartphone. Xiaomi was notably absent from the smartwatch segment till now, leaving Android users to go for Wear OS or Tizen-based wearables. The experience has been far from good in comparison to the Apple Watch. The Mi Watch will aim to bridge that gap.

Talking about the Apple Watch, the Mi Watch follows a very similar design with a squircle dial, a digital crown on the right above another button. There will be support for WiFi, GPS, NFC as well as an eSIM. It will be powered by the latest Snapdragon Wear 3100 chipset, which is said to bring the right mix of performance and efficiency. Single-day battery life has plagued Wear OS watches, so we are hopeful for MIUI For Watch to fix that.

Xiaomi has shared a couple of videos of the watch in action, which gives a better look at what the UI will look like, and gives an idea of what to expect from it. It will have its dedicated app store, and teasers suggest that the app library will be pretty expansive at launch with a host of noted Chinese services arriving with it.

The video also shows the Mi Watch to have fitness tracking capabilities, onboard music, and video player, along with third-party apps such as TikTok, AliPay, navigation, instant messaging, radio, etc. Developer support for third-party apps is a big part of a new platform’s experience, and it seems like Xiaomi is going to take care of this aspect. 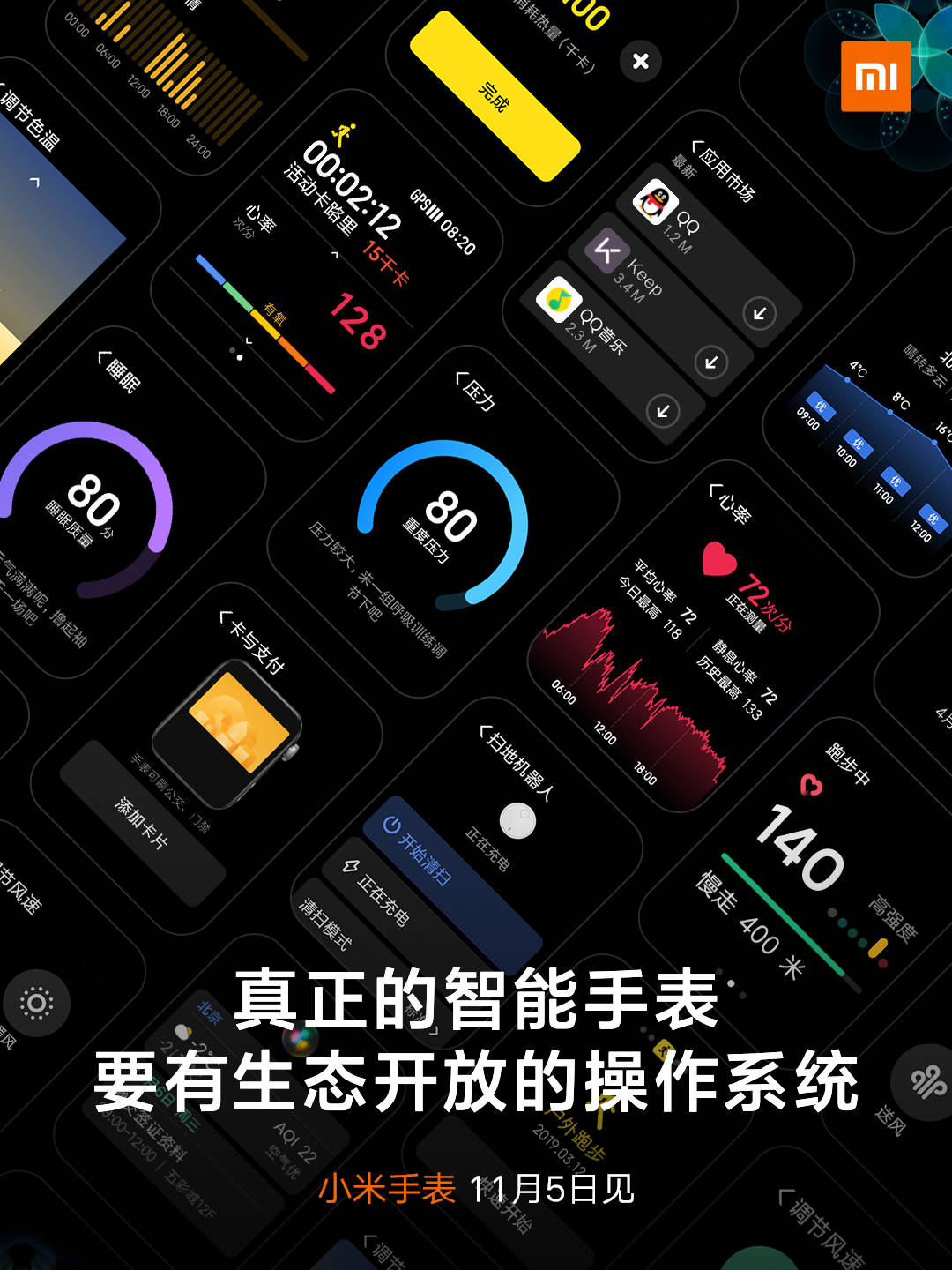 Along with the Mi Watch, Xiaomi will also unveil the Mi CC9 Pro which will be the world’s first smartphone with a 108MP Penta-camera setup, and the Mi TV 5 which will sport 4K Quantum Dot QLED panels.