Xiaomi has had a busy 2019, but it seems like the upcoming Mi CC9 Pro could be the company’s most exciting consumer smartphone of the year, bringing a 108MP penta-cam setup.

A couple of weeks back, news surfaced that Xiaomi has at least four smartphones with a 108MP camera module in the pipeline. After the Mi MIX Alpha, the Mi CC9 Pro is going to be the second Xiaomi device to sport one, as confirmed by the teasers shared by it in Chinese. 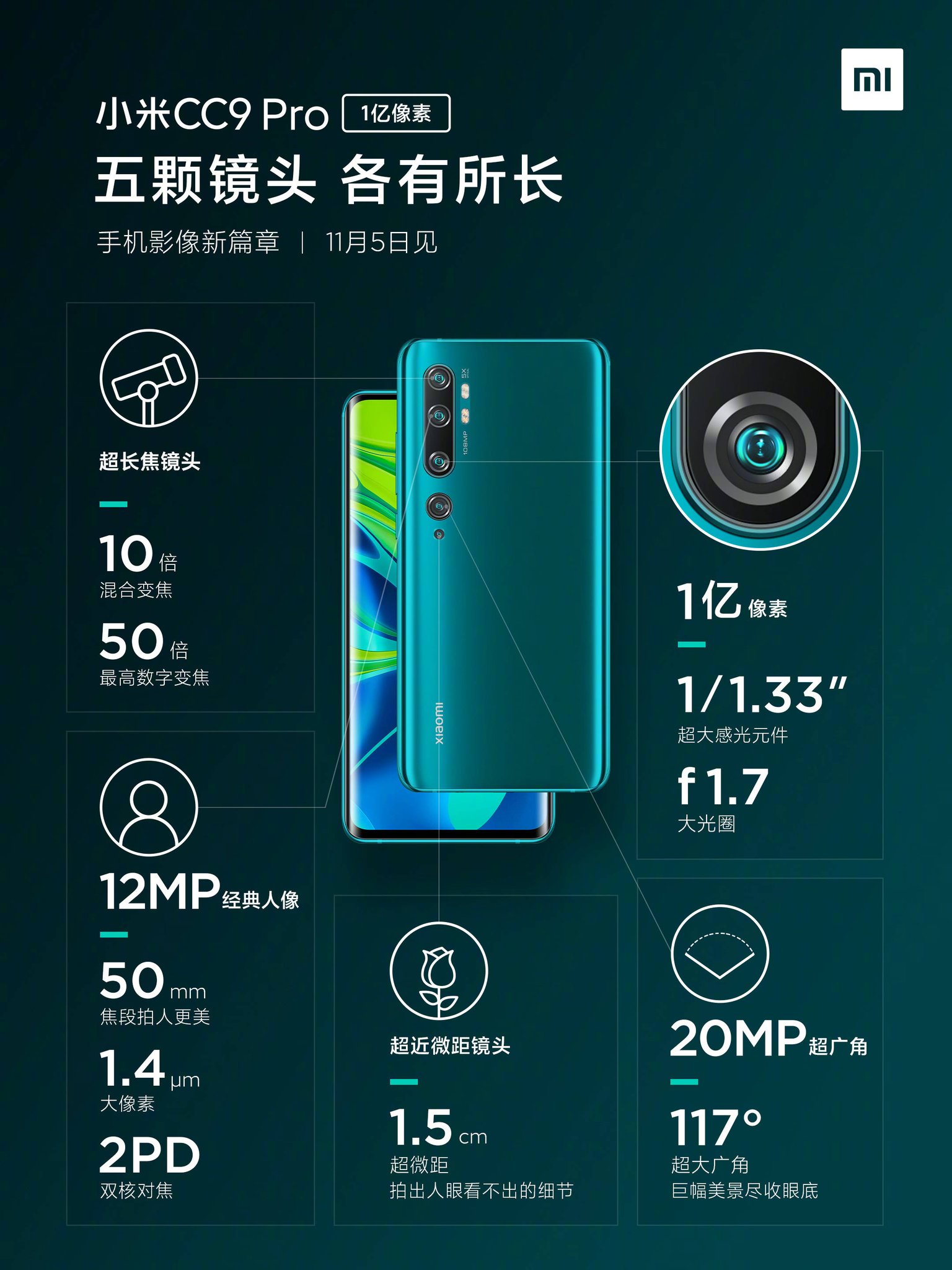 The five-camera setup is going to be the key highlight of the CC9 Pro, which is one of the first phones to sport the 108MP Samsung ISOCELL Bright HMX image sensor. This primary camera is a rather sizeable 1/1.33-inch sensor with an f/1.7 aperture.

A 20MP ultra-wide lens will follow that with a 117-degree field-of-view. On the other end of the spectrum will be a 12MP telephoto lens with an approximately 2x optical zoom (50mm focal length) with a large 1.4μm pixel size and dual phase-detection autofocus.

There could be another telephoto lens with a 5x optical zoom equivalent focal length, which will provide shots with a 10x hybrid zoom and 50x digital zoom. It’s unlikely to follow the Huawei P30 Pro’s periscopic zoom mechanism. The fifth camera will be a macro lens that can focus on subjects as close as 1.5cm. The renders also suggest two dual-LED flash setups.

There’s no word on which processor will power the Mi CC9 Pro, but we expect it to be a flagship Snapdragon 8 series or a high-end seven series chipset.

Soon after the teasers, Xiaomi’s global channels went on to share teasers of the Mi Note 10, calling it the world’s first 108MP penta-cam smartphone. It could mean that the Mi CC9 Pro could be rebranded as the Mi Note 10 outside of China. It make sense as the Mi CC series has never crossed the Chinese borders in the past.

The same event is likely to see the debuts of the Mi Smartwatch and the Mi TV 5. Unlike the Mi Band, the Mi Watch will be a true smartwatch with a squarish display and a digital crown on the side.