The internet is buzzing with the arrival of Pokémon Home. It’s the cloud-based smartphone app now released by Nintendo for storing and trading hundreds of Pokémon, and ensuring they have a life beyond the game you found them in.

Pokémon is, let’s face it, a massive franchise, with decades of games already released and plenty more likely to be on their way.

With several generations of digital critters already out in the wild, having a one-stop location to keep your favorite Pokémon makes a lot of sense – especially on our smartphones, where we seem to be living most of our lives anyway. So why not keep our Pokémon there?

The Pokémon Home app has now landed for Nintendo Switch, iOS and Android, so we thought we’d put together a one-stop guide for everything you might be wondering about this new Nintendo venture.

What is Pokémon Home, and why should I get it? 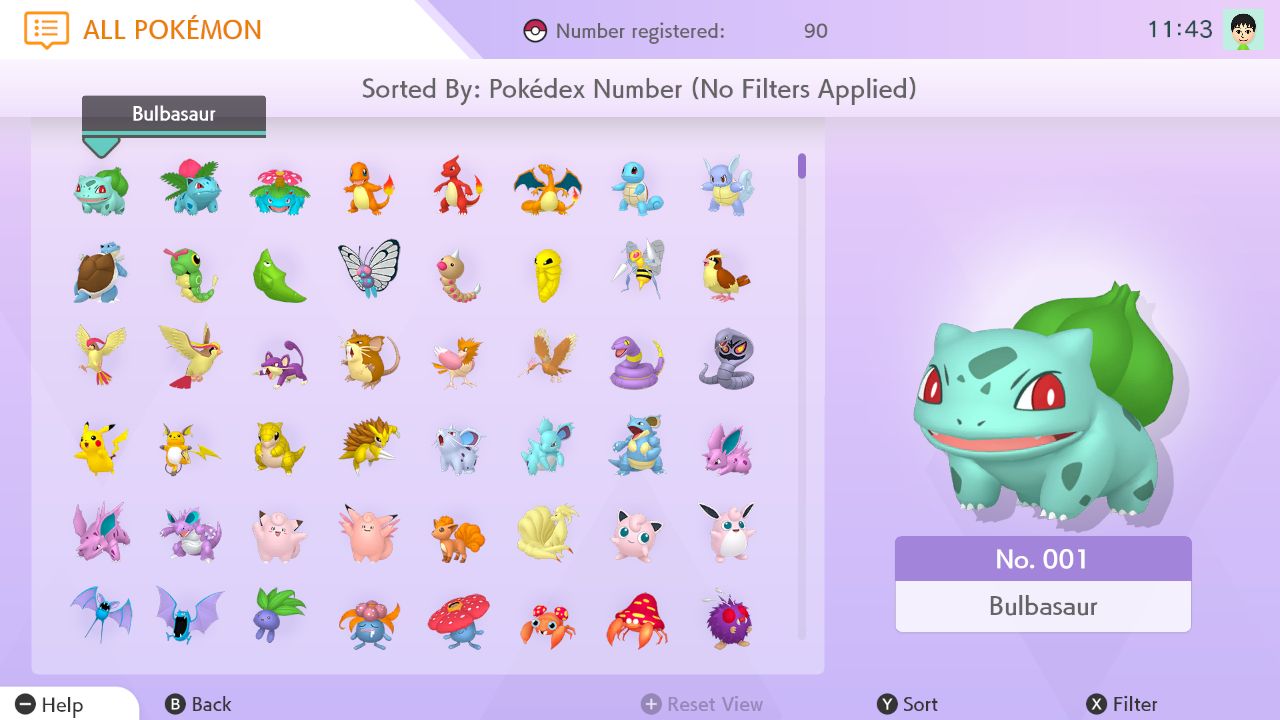 Pokémon Home is an app for storing Pokémon. Of course, storing isn’t very exciting by itself, but it does mean your Pokémon are kept safe and backed up by Nintendo’s own servers, with their abilities and learnable moves listed alongside each creature.

It also makes it far easier to trade Pokémon with other people, being able to send and receive from either your Switch console or your smartphone.

Nintendo clearly had the app in mind for the current generation of games: Pokémon Sword and Shield. The Home app will enable you to port Pokémon from previous games into the new titles – and, while exciting, it’s worth a reminder that the whole Pokédex isn’t supported in Sword and Shield.

The arrival of the app did mark an extra 35 Pokémon being added to the games, though, with Gen 1 starters like Bulbasaur now available to be ported over.

All players will also receive a Lvl 5 Pikachu when they log in for the first time: what more convincing do you need?

What Pokémon games are compatible with Home?

If you thought you could get your GameBoy Color’s legendaries on here, you are mistaken. Pokémon Home is only compatible with Nintendo Switch games – the Let’s Go titles, and Pokémon Sword and Shield – and the Pokémon Go AR game for mobile.

You can, however, also link up with the Pokémon Bank app on Nintendo 3DS, allowing you to move creatures over from the Pokémon Sun and Moon games, or even GBA titles (if they’re compatible with the destination game’s Pokédex). Pokémon moved over from a Let’s Go game into Sword and Shield, though, it can’t go back home to Let’s Go Pikachu or Let’s Go Eevee (given the older software). Same for Pokémon moved from Bank to Home: it’s a one way ticket.

We’re pretty sure new and upcoming Pokémon games will be designed with Home functionality in mind, too: this is only the start! 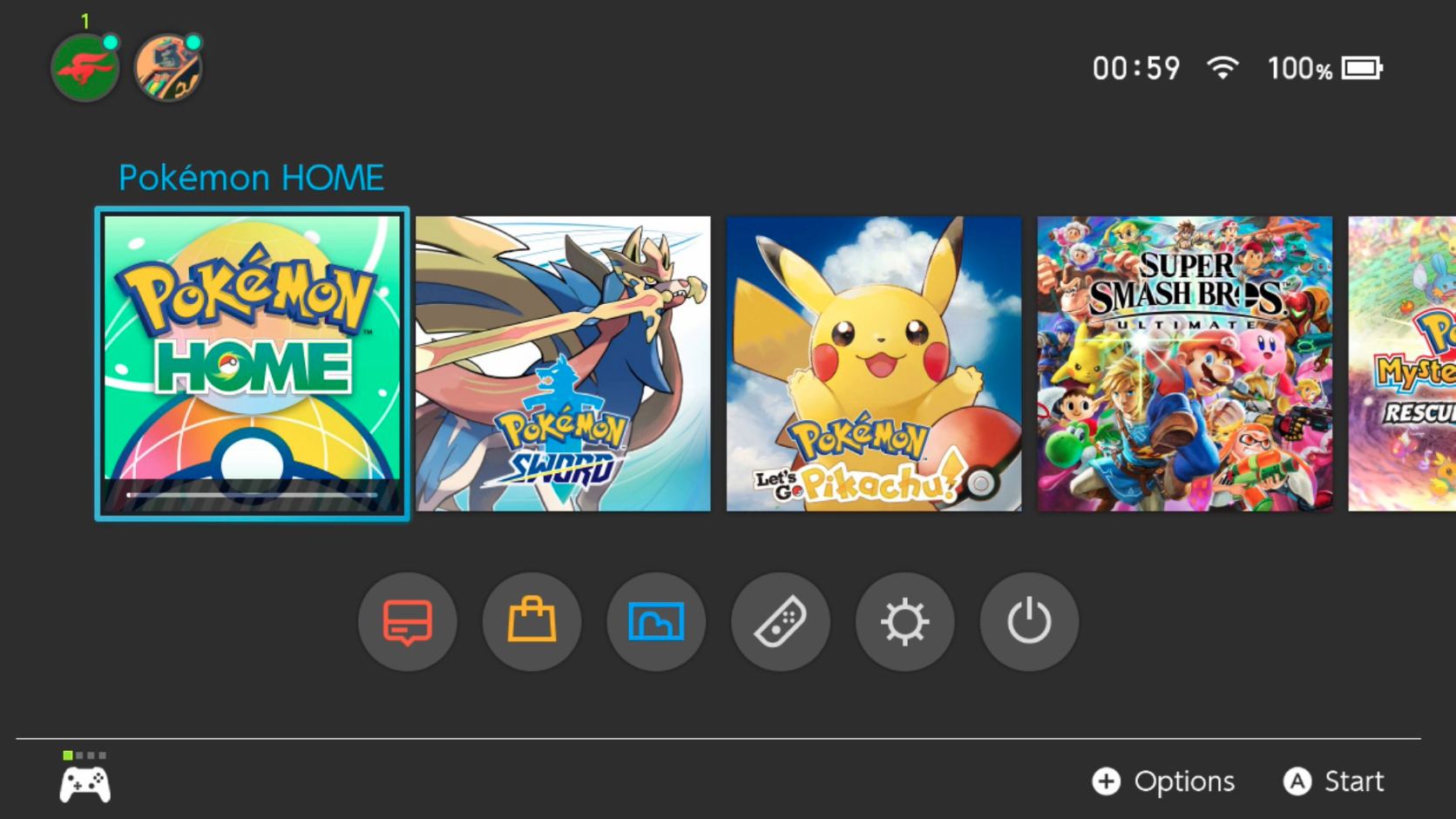 Pokémon Home released on February 11 on the Nintendo Switch eShop, and is now available in the US, UK, and Australia.

Pokémon Home price: what does it cost?

Pokémon Home is free! Sort of. The basic plan will allow you to store up to 30 Pokémon, alongside trading features, and may be enough for light Pokémon players.

For more serious fans, the premium plan in the US will cost you $2.99 per month, $4.99 for three months, or $15.99 for one year – with the capability to store 6,000 Pokémon, alongside other features shown off in the table below. (More trading at once through the ‘Wonder Box’, a Judge function to show how strong your Pokémon is, and more.) 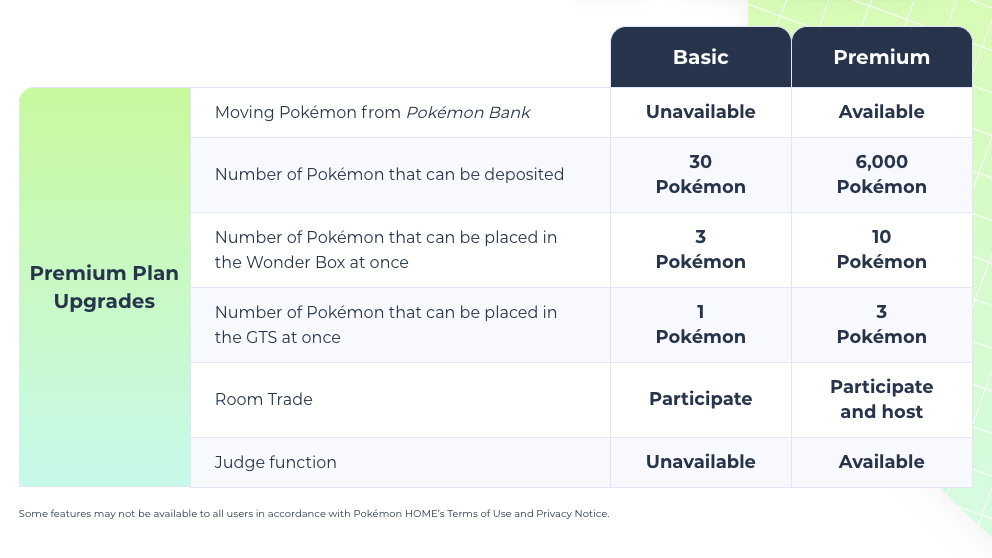 To use on the console, just head to the Switch eShop and search the name ‘Pokémon Home’ to find the app and install it. For the smartphone app, head to the App Store (for iOS) or Google Play Store (for Android).

Keep in mind that you need separate subscriptions for the Switch and mobile versions, meaning you’ll likely end up picking one or the other. Or both! Who are we to judge.