Canon Selphy printers have always been just a little too big to be considered portable rivals to the likes of the HP Sprocket – but now a tiny version called the Canon Selphy Square QX10 has arrived to print long-lasting souvenirs of your smartphone snaps.

The Selphy Square QX10 isn’t quite pocketable, but Canon says it is “small enough to fit into a handbag or backpack”. Naturally, this means its prints are also relatively small, measuring 2.7 square inches, putting them in a similar ballpark to the 2×3 inch photos produced by the Canon Ivy Cliq+ / Zoemini S (which is in our roundup of the best instant cameras).

The main difference between the Selphy Square QX10 and Canon’s instant camera (not to mention many other portable printers) is the printing tech it uses. Rather than Zink (short for ‘zero ink’), it uses a similar technique called dye sublimation, which uses heat to transfer dye onto Canon’s new XS-20L square photo paper.

The downside is that the Selphy Square QX10 needs an ‘ink cassette’ (one is included in the box), but the considerable upside is that the prints should last longer than the ones produced by the likes of the HP Sprocket and Polaroid Mint without fading. In fact, Canon claims that your prints will resist fading for up to 100 years.

Each print apparently takes around 43 seconds and the paper, which has a peel-and-stick rear surface for those who want to plaster them around the house, has a Polaroid-style bordered edge and claims to be resistant to water, dirt and tearing. 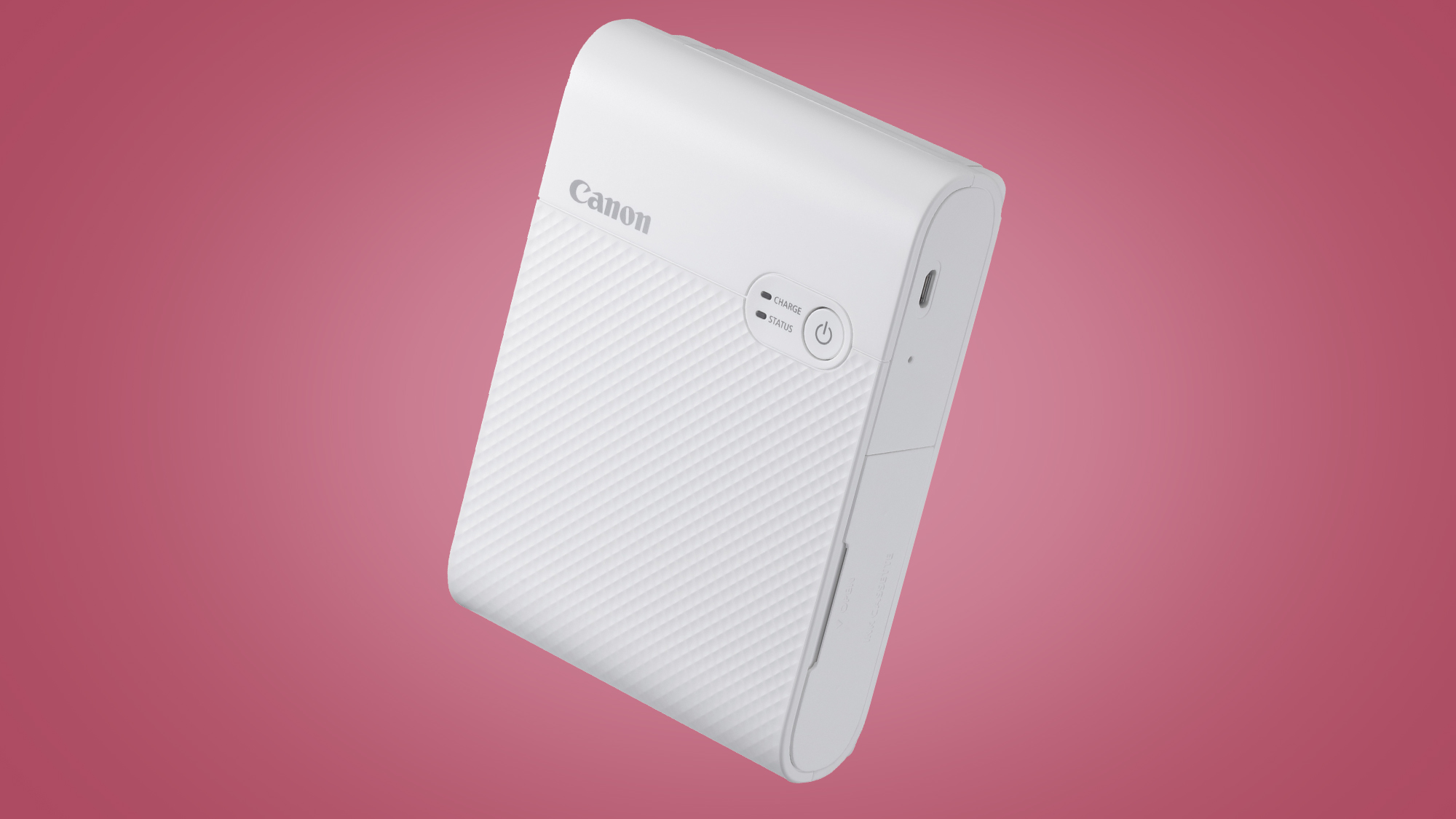 While it’s possible to connect to the Selphy Square QX10 via Wi-Fi, you will need an Android or iOS phone with Canon’s Selphy Photo Layout app 2.0 intalled to use it. The need to install this somewhat limits its spontaneity at parties, but the app will at least let you do basic edits and add creative touches.

You’ll be able to buy the Canon Selphy Square QX10 in four different colors – black, white, pink or green – from March 2020 for £139.99 (around $180 / AU$270). While that’s fairly pricey compared to Zink-based rivals like the Polaroid Mint, we are interested to see how much better and more durable the print quality really is. Look out for a full review on TechRadar very soon.