The Nintendo Switch Online service has been live for over a year now – though even then it was late to the game. Rival services like Xbox Live or PlayStation Plus had been going for years previously, offering a host of online benefits to Switch owners who subscribe for a monthly or annual fee on top of the cost of a console.

This is Nintendo’s first paid online service, though the basic $3.99 (£3.49 / AU$5.95) per month subscription is a far amount below Xbox Live or Playstation Plus. (You can check out these Nintendo Switch Online subscription prices for the best deal).

Features like access to online multiplayer, cloud saves, and free retro NES / SNES titles – including the Starfox 2 game we’d previously only seen on the SNES Classic Mini – are more important to some than others, and you may be thinking of subscribing for one in particular, or worry that it isn’t justification enough.

With over 15 million paid users – double the amount at this time last year – there’s certainly appetite for the service, and it’s only likely to grow further (via NintendoLife).

With all that in mind, is the Nintendo Switch Online service worth it? And what new retro games are on the way? You’ll find out in our in-depth guide below. 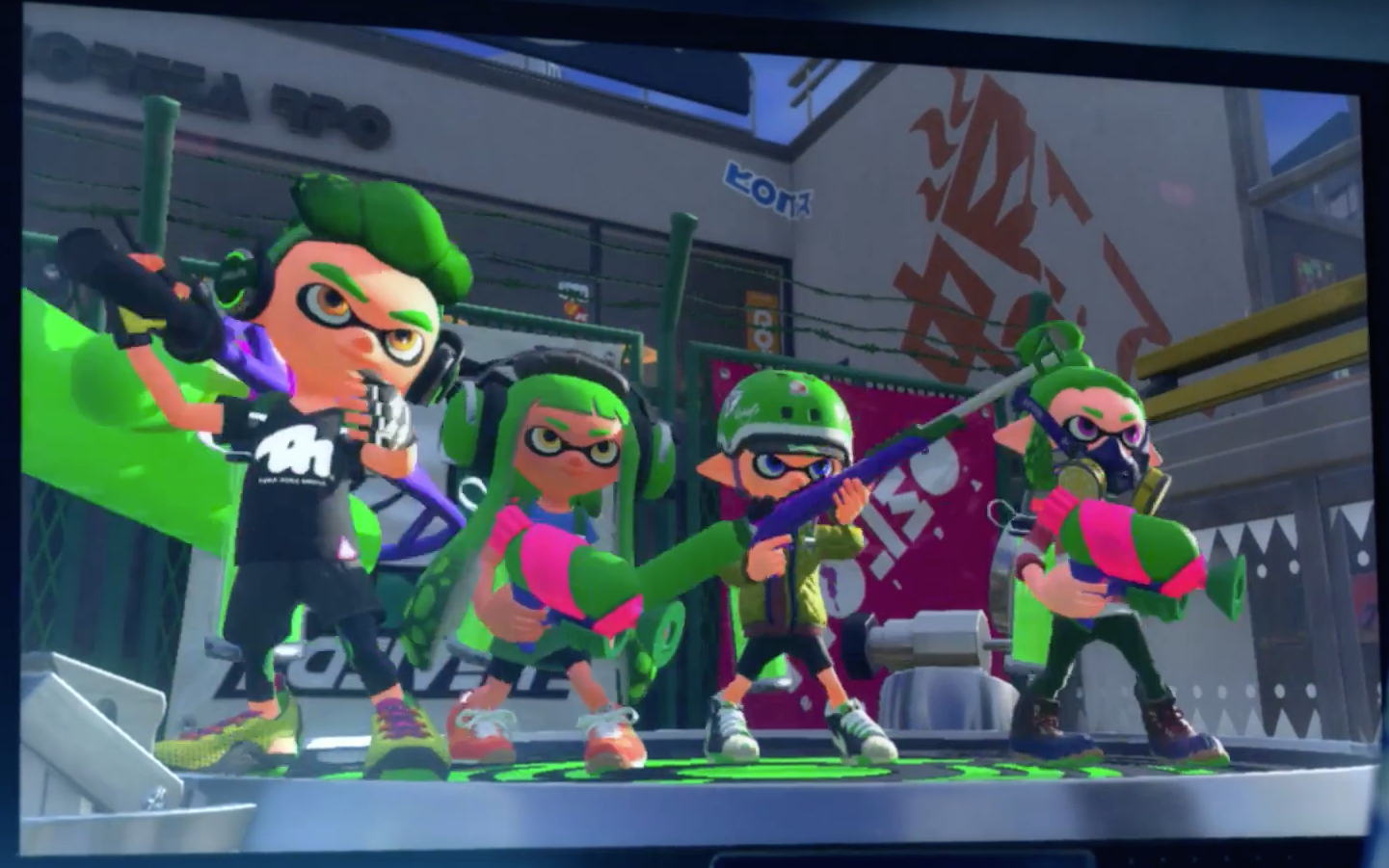 Nintendo Switch Online: what can I play online?

Nintendo Switch Online gives you the online capability to play, compete, and cooperate with players around the world – which means not having the service restricts your access to all of those things.

If you don’t sign up to the service, you can still play all your single-player or offline Switch games to your heart’s content: you don’t need it to play Breath of the Wild, or for playing local multiplayer with friends in your living room. But many players will want a Nintendo Switch Online subscription to get the most out of their purchases.

Sadly there are still no dedicated servers, so players will have to make do with less reliable P2P (peer to peer) hosting for online matches. On the upside, free-to-play online games like Fortnite, Paladins, or Warframe don’t require a paid subscription to the service.

Or, if you’re after the swag, there’s a members-only outfit for use in Splatoon 2, and the ability to buy Nintendo’s wireless NES controllers for playing those retro games in style.

We had a slight shock when some listing info for the Pokémon Sword and Shield games hinted at a payment option for online features that could circumvent a Nintendo Switch Online subscription. It turns out that wasn’t the case, and you will need a NSO subscription to battle or trade with players online – though we’ll let you know if anything changes.

If the warm fuzzy feeling of supporting your favorite video game publisher wasn’t enough, your extra pennies each month will also net you access to a library of classic and retro games, via the Nintendo Entertainment System (NES) emulator.

This isn’t the Virtual Console from the Wii and Wii U, though. Instead of a marketplace for one-off game purchases, Nintendo Switch Online members are able to play select titles bundled into their subscription.

However, that stopped with the release of 20 SNES games (box, right), and it looks like we won’t get the same regular content drops as before, though December did see four new SNES titles – Star Fox 2, Super Punch-Out, Kirby Super Star, and Breath of Fire II. Crystalis and Journey to Silius were added from the NES catalogue too.

As of February 19, the service also benefits from Eliminator Boat Duel and Shadow of the Ninja from the NES, as well as Pop’n TwinBee and Smash Tennis from the SNES.

It’s likely we’d see new mini consoles before other gaming platforms come to the emulator, but the N64 and GameCube seem likely additions at some point.

Each title is ‘remastered’ in 4:3 HD, but with the option to play in a more ‘authentic’ arcade viewing mode with a ‘CRT’ (Cathode Ray Tube) style display.

Handy features include being able to pause each NES game at any point, or save and reload your own checkpoints, making the experience much more forgiving than the arcade cabinets of yore. Online capability also lets you play two-player games competitively with friends, or swap over control between devices in one-player games.

Custom button mapping is absent, so you are stuck using the A and B buttons the wrong way round from an actual NES controller – unless you buy Nintendo’s wireless NES controllers, which are only available for sale for Nintendo Switch Online members. 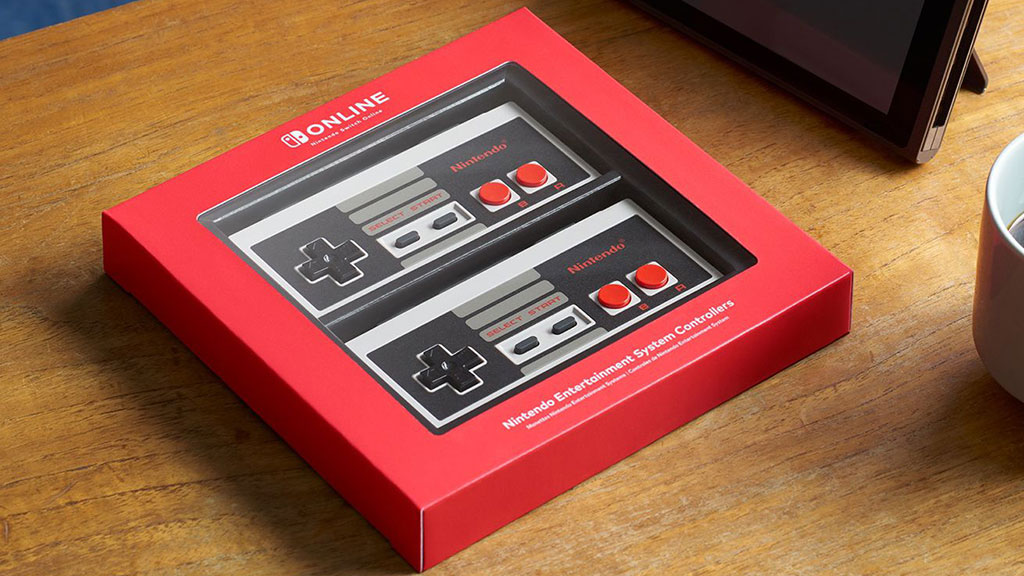 One sore point for Switch users has been the omission of cloud saves for their games, meaning that a busted Switch console will take all your hard-earned progress with it. To prevent you having to start Breath Of The Wild all over again – again – the paid service will back all of your save files onto Nintendo’s own servers for safety.

This is in keeping with the save data on Sony’s Playstation Plus program, though any Xbox One owner can access cloud saving for free. If your Nintendo Switch Online subscription lapses, your save files are protected for up to six months before they vanish from the cloud.

While Nintendo Switch Online’s cloud saving will be enabled by default for most titles, developers can choose to opt out to prevent online cheating – since reloading an old save file could restore items someone had traded to another player, or even reset their online ranking.

Games like Splatoon 2, FIFA 19, and Pokemon Let’s Go games are all missing the feature – so once you’ve traded that Eevee, there’s no reloading an old save.

There’s naturally a seven-day trial to sample the online wares before you buy – while subscribers to subscribers to Amazon Prime can claim up to 12 months of Nintendo Switch Online for free.

Players will also be able to buy a subscription with My Nintendo Gold Points – a rewards service that gives you spending tokens when you buy games on the Switch eShop, and came into effect earlier this year.

On price alone Nintendo Switch Online is the winner, though its limited features and lack of dedicated servers currently don’t match up to competing services. But if you own a Switch, it may be what you need to get the most out of the console.