We’re expecting the new Motorola Razr foldable phone to launch on November 13, and like all tech fans, we’ve been greatly anticipating the device – but should we? A new leaked image show sit might be a device that’s surprisingly archaic for 2019, despite literally folding in half.

The image comes from Droidshout, which snapped a picture of the device in action, in the hands of someone on the street. The picture shows a device that indeed folds in a ‘clamshell’ style, but it’s also got a few features that we rarely see on top-end smartphones in 2019.

One of these is a giant notch at the top, that is likely to house the front-facing camera and a speaker. It’s a chunky notch, and it’s a surprising inclusion when a lot of modern smartphones include pop-up cameras, tiny tear-drop notches and punch-hole cameras cut out of the screen. 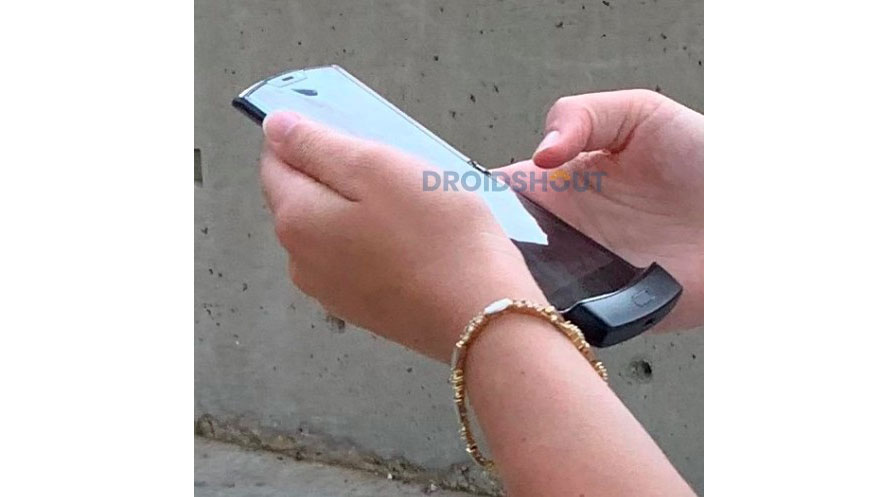 The other surprising feature is a large button at the bottom of the screen. There could be a reason, though, as this is housed in a large bump at the bottom, so it’s possibly a catch that you press when the foldable’s closed, in order to open it up.

Still, it’s a pretty large button in a thick section, which makes the upcoming Motorola Razr look a little less like a slick flagship device.

Something else we can see in the images is the device’s screen, and it looks pretty long and thin. It may even come in a 21:9 aspect ratio.

This isn’t the first leaked picture of the device, after press renders were posted online that showed some angles of the device.

It’s likely even more pictures will flow, as the Motorola Razr is an anticipated and curious device. TechRadar will report on everything we see, so stay tuned for our analysis on everything in the run-up to November 13.