During its 2019 Surface product announcement event, Microsoft made one of its far-out announcements ever both figuratively and literally: the late 2020-bound Surface Neo tablet and Surface Duo phone. But, what about its 2019 products?

After having reviewed two of them so far, I’m wondering the same thing.

Microsoft devices chief Panos Panay has positioned the Surface Neo and Duo as the beginning of the next phase in the company’s hardware evolution and practically its future in the space.

Judging by a lack of innovation or true advancement from either the Surface Pro 7 or 15-inch Surface Laptop 3, it’s becoming increasingly clear where Microsoft’s primary focus is. Now, this isn’t to say either device is categorically bad, but I wouldn’t necessarily recommend someone to buy them over, say, their predecessors – especially with Black Friday and Cyber Monday deals on the horizon.

Don’t forget about your customers in the now

Microsoft may have elevated AMD to flagship mobile processor maker with its new, 15-inch Surface Laptop, but it left so many opportunities to capitalize on the larger frame size on the table. Likewise, the only thing to tangibly change about the Surface Pro 7 from the Surface Pro 6 is a USB-C port in replace of a DisplayPort.

Sure, both Pro 7 and Laptop 3 have brand new silicon inside, and the Laptop 3’s chip was specially crafted for that device, but otherwise they’re either unchanged or don’t do enough, respectively. For instance, the Pro 7 could have adopted an HDR display or even thinner bezels for more surface area, while the Laptop 3 could have taken on more ports – like, a lot more.

While we shouldn’t focus on what things aren’t rather than what they are, it’s getting increasingly difficult not to do that as we enter the next echelon of computing hardware – which these two devices simply aren’t hopping on board with.

This gives potentially new or upgrading Surface customers little to look forward to in 2019 beyond more advanced silicon and a new laptop display that’s 1.5 inches larger. Granted, we’ve yet to spend considerable time with the Surface Pro X, but its pricing for what’s likely to amount to little more than flagship phone performance already gives cause for concern.

For your money in 2019, you’re likely better off grabbing Microsoft’s 2018 tablet and, if you’re OK with a 13.5-inch laptop screen, the company’s 2018 laptop – both of which we reviewed handsomely. 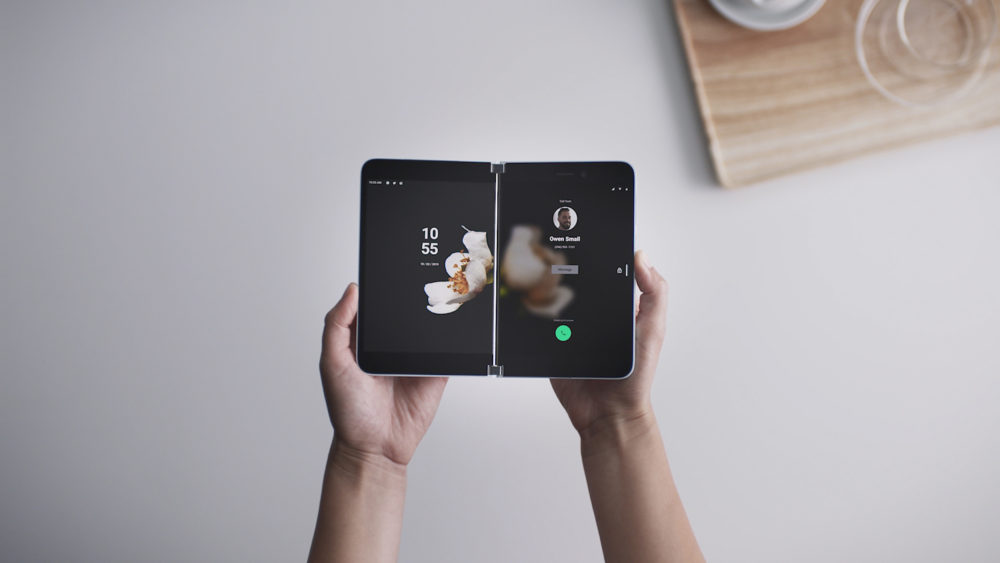 Microsoft’s exciting future is a long way’s out

Now, don’t get me wrong, I’m practically considering dropping iPhone for Android because the Surface Duo is just that interesting and exciting. However, who knows how many dual-screen or folding-screen phones we’ll see between now and Holiday 2020?

We could say the same for the Surface Neo, and we know that Lenovo’s flashy new ThinkPad X1 tablet – which uses a folding display, not two separate screens – will beat the Neo to store shelves by a considerable margin.

So, that leaves Microsoft’s 2019 Surface line for an entire year to weather the figurative slings and arrows from endless competitors, all while the company’s most important new products in a long time remain in the oven for practically another 12 months.

Yes, I too am excited to see Microsoft’s dual-screen wonders, but not at the expense of what could have been easy innovation in 2019. All we needed was a port selection worthy of a 15-inch laptop (and maybe more power) and Microsoft’s seventh tablet to feel more like a victory lap than, well, a well-earned nap – certainly not at these prices.