LG may have pulled out of MWC 2020 due to concerns around the coronavirus, but it appears the South Korean electronics giant is still working hard on its next flagship smartphone, with the latest scoop from noted leaker Evan Blass giving us some hints at what we can expect from the LG V60 ThinQ.

According to the a new series of images shared by Blass, which were reportedly obtained from a promotional video for the device, the LG V60 ThinQ will sport four microphone channels.

While the image doesn’t offer any information on what each of the mics is for, we suspect at least a couple of them will be used for the cancelation of ambient noise during video and audio recording. 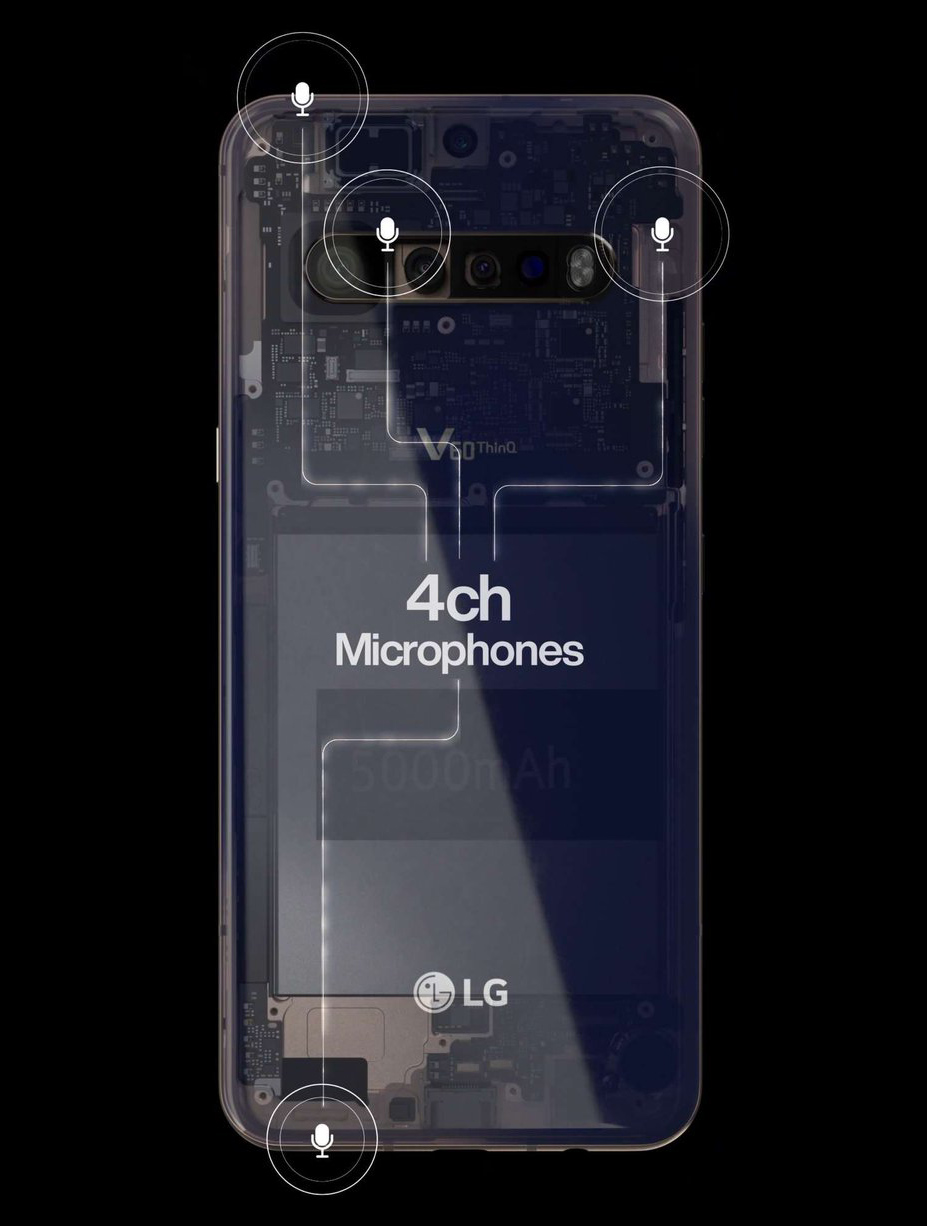 Additionally, the image shows a device with a quad camera setup on its rear, as previously rumored. LG’s last flagship, the LG V50 ThinQ 5G, offered at least one lens with optical image stabilization (OIS), along with standard and ultra-wide lenses – we predict the company will offer each of those again, along with an additional ToF or macro sensor.

Another tidbit that will surely please fans is the inclusion of a 3.5mm headphone jack, which suggests the return of LG’s celebrated 32-bit Hi-Fi Quad DAC audio feature – a mainstay of the company’s premium devices since the LG G5.

Look closely at the leaked image above and you’ll also spot the LG V60 ThinQ’s massive 5,000mAh battery, which is 1,000mAh larger than the handset’s predecessor, the V50 ThinQ 5G.

Of course, none of the information in this leak has been confirmed by LG, and we’ll likely have to wait until later in the year to hear anything concrete about its upcoming flagship. That said, if the LG V60 ThinQ is anything like the phone detailed here, we could be in for something special.