It’s fair to say that the relative success of Apple Arcade, the iPhone maker’s game subscription service that offers unlimited access to close to 100 games for a monthly fee, has taken some by surprise.

Apple has never been that interested in gaming, in the past – yes, the App Store paved the way for mobile gaming as a valid pastime, but that often felt like a by product of the quality of the hardware and app ecosystem, as opposed to any genuine push from Apple. The Pippin must have left quite a sour taste in the mouth.

But Apple Arcade is changing that perception. While Apple isn’t planning on revealing just how many people have signed up to its $4.99 (£4.99 / AU$8) a month service, nor what games are being played the most, there’s been vocal support online, from both critics and gamers, about what the service is getting right.

The key factor here (along with games well suited to bite-sized mobile play sessions) is variety – no two Apple Arcade games are truly alike, and all have a distinct, artsy aesthetic that appeals to the Apple subset.

And, based on what we saw at a recent Apple Arcade preview event, what’s coming next is only going to continue that trend, with two titles in particular highlighting the breadth of what Apple’s looking to achieve with Arcade.

Bossa Studios is not afraid of the absurd: its breakout hit Surgeon Simulator put you in control of the most inept, blood-spilling medic of all time, while I Am Bread cast you as (you guessed it) a slice of bread.

By these standards, the studio’s next title, the Apple Arcade-exclusive Hogwash, seems positively sane, pitting teams of pigs against an embattled farmer.

But with its mud-covered pigs tasked with covering a hose-toting farmers possessions with slop, it’s just as silly a premise. More importantly though, it highlights Apple Arcade’s embrace of accessibility and inclusivity – with its Saturday morning cartoon visuals, we’d bet  a dollar that it will become, by stealth, many casual gamers’ first taste of asymmetrical multiplayer gameplay. 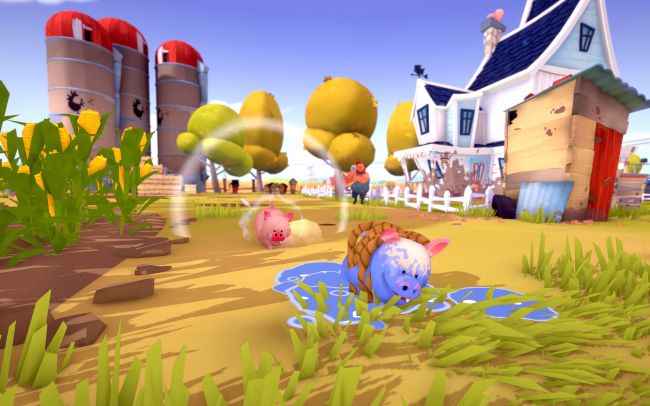 A multiplayer-focussed title, Hogwash has a team of three pigs aiming to evade another player cast as a farmer, as they run riot around his or her farm. Pigs must collect mud from puddles around the farm, and then shake it off in key locations around the map within a round’s five-minute time limit before a farmer either a) hogties the swine, or b) keeps his property clean for long enough with a backpack-mounted super soaker.

It’s simple, fast-paced fun – a family-friendly not-quite-shooter that will appeal to those charmed by recent smash-hit Untitled Goose Game. It could do with some more levels – there’s only one arena in the game so far, and we could imagine power players quickly learning its most efficient winning tactics – but its pick-up-and-play nature and joyous visuals will quickly find an audience.

Lifelike: ambient artwork that you control

At the other end of the spectrum completely is Lifelike. Described by developers Kunabi Brothers as a ‘playable ambient album’, it’s a meditative, visually-entrancing experience. 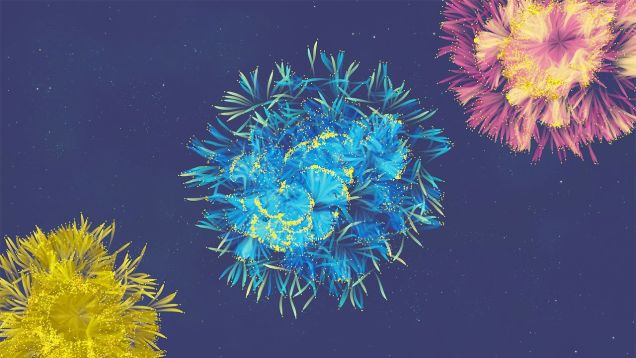 You play as a brush stroke – or a cell, or a light spark, or… well, it’s hard to say actually. Either way, it’s a colorful little mote, surrounded by other firework-like specs. Swipe across the screen and it’ll follow your finger and, should it find itself in the vicinity of other groups of the vibrant specks, will make them behave in all manner of different ways. It’s tickling a fireworks display, or swiping your way around a kaleidoscope.

Is it a game game? That’s hard to really define anyway, but without a ‘Game Over’ state or any exacting objectives, it’s closer to an art work in many respects. Lifelike is interactive, but it’s to be contemplated as much as it is to be ‘completed’. For those put off by what’s considered staple gaming conventions, Lifelike will offer something very different indeed.